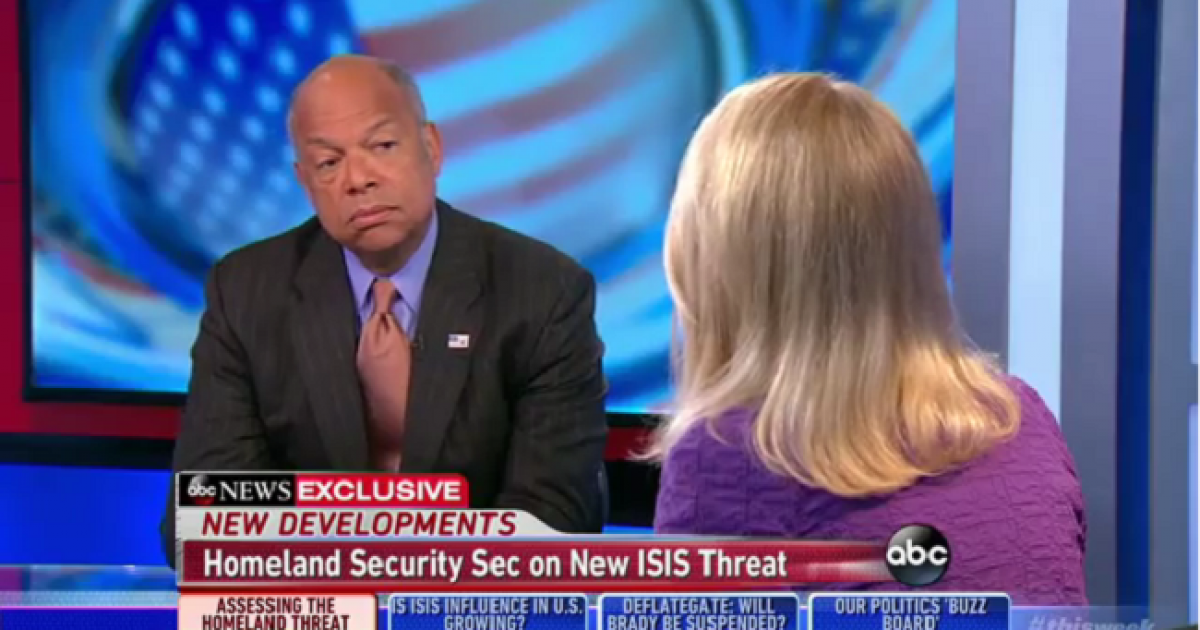 DHS Security Secretary, Jeh Johnson said during an interview with ABC’S This Week, the United States is facing a new era and lone-wolf terrorist could “strike at any moment.”

We’re very definitely in a new environment, because of ISIL’s effective use of social media, the Internet, which has the ability to reach into the homeland and possibly inspire others.

It was also said due to the internet “we could have little or no notice in advance of an independent actor attempting to strike.”

Because of the eminent danger, Johnson said the government is urging local law enforcement agencies to be very aware of what is happening in their communities.

He acknowledged part of the solution is for local law enforcement agencies to meet with leaders of the Muslim community and urge them to counter ISIS’s recruitment campaign.

It has to come from Islamic leaders, who frankly can talk the language better than the federal government can.

The federal government is also investigating the thwarted attack at the Muhammad cartoon contest in Texas.