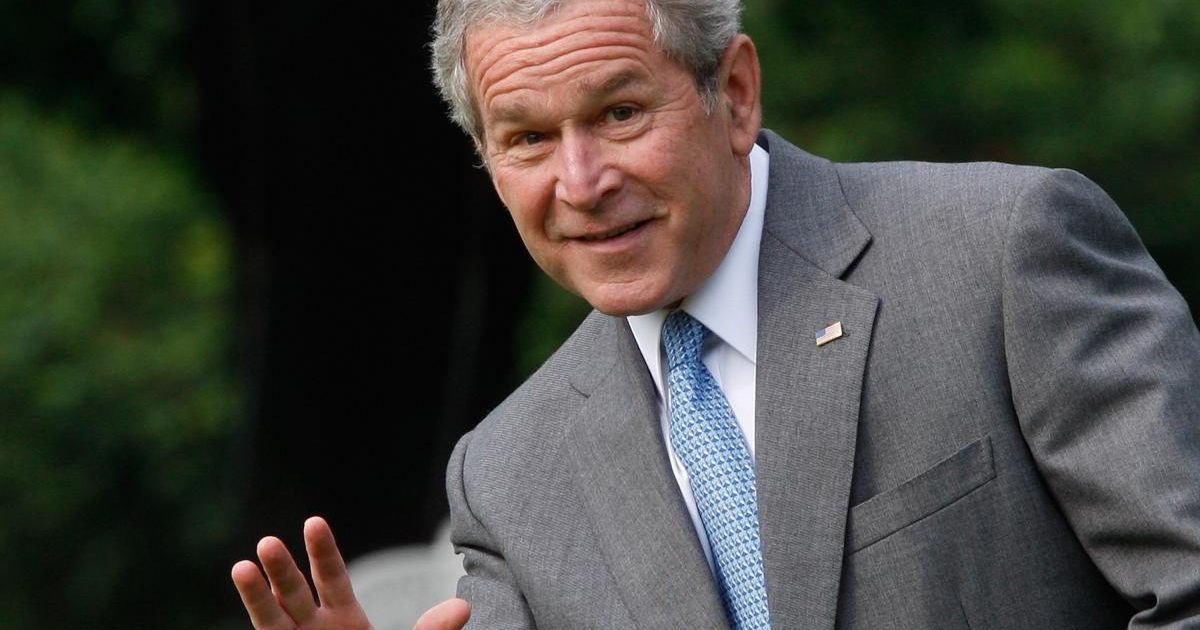 You just have to love one of our country’s “Breast and the brightest” Commander-In-Chief, President George W. Bush.

“W” recently told 7,000 health IT experts that that he felt he was his little hermano Jeb’s biggest campaign obstacle in 2016. Jeb  is expected to announce his presidential bid in the very, very near future:

“It’s an easy line to say, ‘Haven’t we had enough Bushes?’ After all, even my mother said, ‘Yes….
“That’s why you won’t see me out there, and he doesn’t need to defend me, and he’s totally different from me. The role of family is not to be a political adviser or a policy adviser — there are plenty of those around — the role is to say, ‘Hey man, I love you.’

“The president needs people around him who are there to say they want to help. Imagine if instead Laura had been saying to me, ‘What the hell did you get us into this for?’ You’re living in a museum. It’s cold. It’s not your furniture. It’s Jefferson’s furniture.”

“My two girls had no desire to see me run for office. Their response was, ‘You’re not as good as you think you are; you’re going to lose.’ And when that didn’t’ work, ‘You’re going to ruin our life.’”
“So I said to Jeb, ‘Hang in there; you can do the job. Will you win? I hope so but I don’t know. But if he does he’d be a damn good president I’ll tell you that.”

I really love this guy. He was a strong leader that made Islamists and the rest of our global enemies fear us.