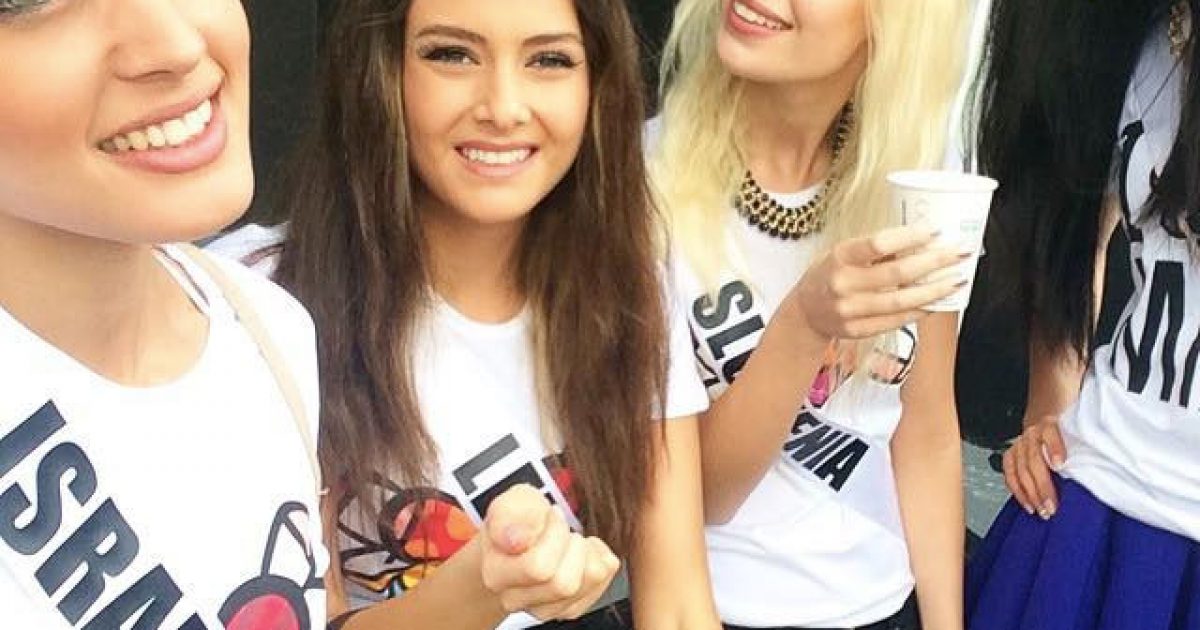 International Incident: Israel and Lebanon May Come To Blows Over Selfie Picture

This has to rank up there with one of the dumbest Israeli-Lebanese tiffs of all time.

It seem as if the government of Lebanon is all upset because Miss Israel took a selfie (above) of herself with Miss Lebanon, Miss Slovenia, and Miss Japan, and posted it on social media.

This according to Muhammad the Prophet and his 75 virgins (not really) is a big no, no for the Lebanese government.

If you believe that there is a law in Lebanon that forbids the Lebanese people from having a cerveza or sharing any kind of pleasantry with those despicable Israelis, you are right, a law does exist.

Fueling the radical Islamist flames is Miss Lebanon stating that she was part of some wild Israeli conspiracy photo bomb. I don’t blame her for having to say this, after all, women have been stoned to death for doing lesser things. Notice how Miss Lebanon is smiling for the camera.

“I was very cautious to avoid being in any photo or communication with Miss Israel (that tried several times to have a photo with me) … I was having a photo with Miss Japan, Miss Slovenia and myself; suddenly Miss Israel jumped in, took a selfie, and put it on her social media.”-Miss Lebanon

“Too bad you can not put the hostility out of the game, only for three weeks of an experience of a lifetime that we can meet girls from around the world and also from the neighbouring [sic] country.”

Get this. The Lebanese government has launched an official investigation into the selfie picture.

Don’t be surprised if they declare that Miss Israel is a Mossad agent that purposely took the picture to cause unrest in that country.

We are waiting anxiously to what kind of crap Hamas will put out over this “international incident.”

Oh, and let’s see if U.S. Secretary of State John Kerry blames is Israel for this in Arabic.