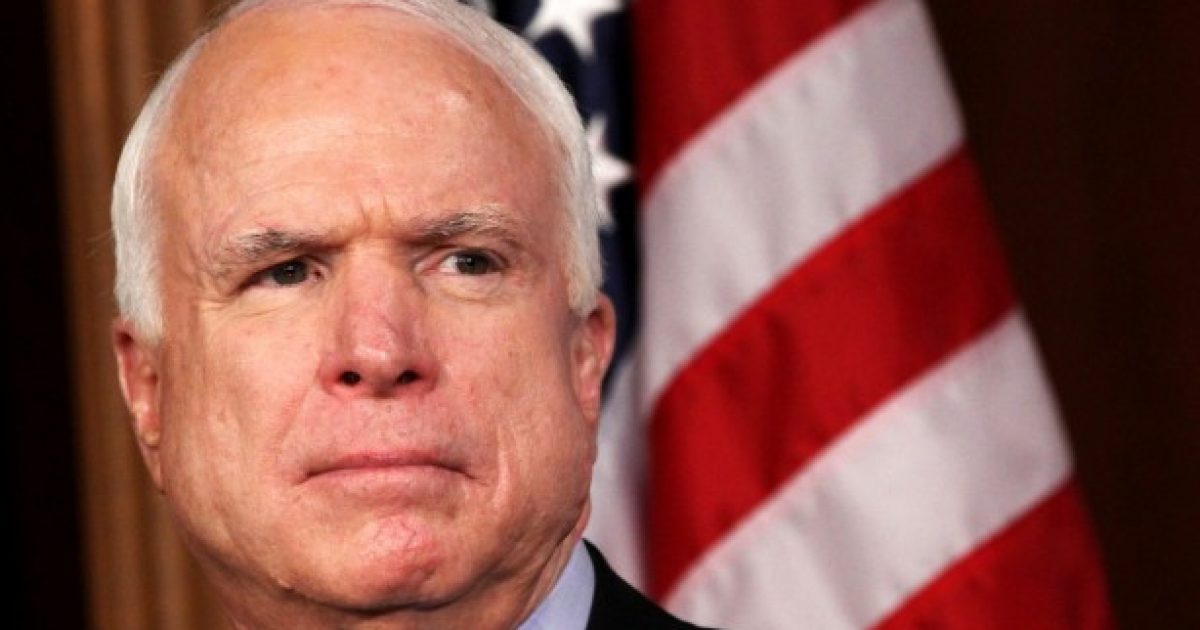 McCain Defends Senate Democrat’s CIA Report, Blood Will Be On Their Hands

Even though Americans will forever be indebted to Senator John McCain’s military service, and sympathize for the years of torture he endured during his 5-year sting in the Hanoi Hilton during the Vietnam War, McCain is once again siding with liberal Democrats to further compromise national security.

McCain has come out defending the recent CIA report, which outlines the use of torture techniques around the world. One of McCain’s closest colleagues in the Senate, Lindsay Graham, joined other Senate Republicans like Ted Cruz and Marco Rubio in calling out the report’s release as being nothing less than politically driven.

It is a thorough and thoughtful study of practices that I believe not only failed their purpose—to secure actionable intelligence to prevent further attacks on the U.S. and our allies—but actually damaged our security interests, as well as our reputation as a force for good in the world. -Sen. John McCain (R)

It is has been proven to work, why else would intelligence agencies, as well as terrorists around the world continue to employ such interrogation tactics, if they didn’t work?

“Advanced interrogation techniques” are not only used to extract information out of prisoners, but are used as highly effective propaganda tools that allow captors to broadcast a particular message or agenda, and in the case of Islamist terrorists, instill fear into the minds of everyone who happens to be watching their propaganda.

McCain himself broke when pushed to his limits, and even though he may have given misinformation, or not, he broke.
So, McCain’s own experience proves that torture works.

“I know from personal experience that the abuse of prisoners will produce more bad than good intelligence. I know that victims of torture will offer intentionally misleading information if they think their captors will believe it. I know they will say whatever they think their torturers want them to say if they believe it will stop their suffering.”-Sen. John McCain

Regardless if McCain and others support this politically motivated release of the Senate’s CIA report, the report should have never been spoken of, or it’s finding released, regardless of whether or not it was highly redacted.
We are talking about the CIA for Christ’s sake, their existence and actions that have kept America safe for decades, and need to stay in the shadows where they belong.

Senator John McCain and Democrats will have American blood on their hands if and when an attack against U.S. interests and personnel is carried out by terrorists, as a direct result of this CIA report’s release.