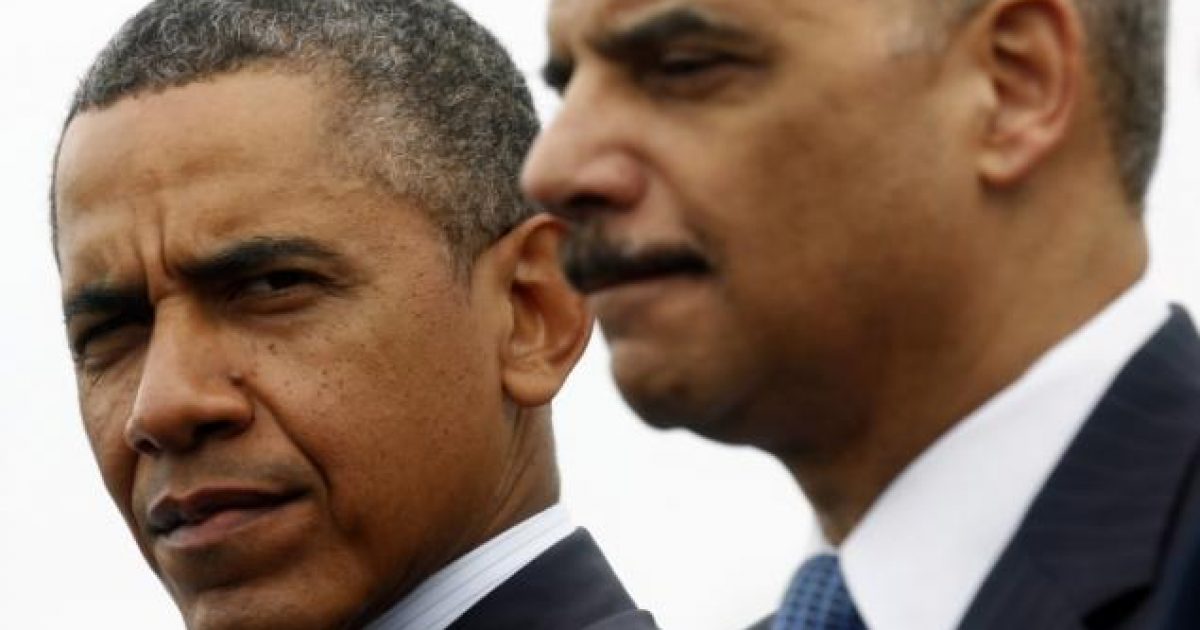 I am assuming that by now you have all read or heard Attorney General Eric Holder saying that he is getting ready to humor us all with “new guidance” to end the supposed police practice of racial profiling.

What exactly will this “new guidance” be is anyone’s guess. But rest assured that these standards will surely “handcuff” police from doing their job safely and efficiently. Pun intended.

“[I]n the coming days, I will announce updated Justice Department guidance regarding profiling by federal law enforcement, which will institute rigorous new standards – and robust safeguards – to help end racial profiling, once and for all,” he said in a speech in Atlanta, Georgia. “This new guidance will codify our commitment to the very highest standards of fair and effective policing.”-Blaze

The reason why he said this:

“The issues raised in Missouri are not unique to that state or that small city,” he said. “We are dealing with concerns that are truly national in scope and that threaten the entire nation.”

“Our police officers cannot be seen as an occupying force disconnected from the communities they serve,” he added. “Bonds that have been broken must be restored. Bonds that never existed must now be created.”

According to Holder, President Barack Obama is currently drafting an Executive Order that would mandate government agencies to work with “civil rights groups” and law enforcement agencies because the country needs to “find ways to improve the effectiveness, integrity, accountability and transparency of these initiatives.”

So, the Obama administration shows outrage over the killing of another black teen thug, who was seen on surveillance cameras stealing merchandise from a convenience store, and then assaulting the store’s clerk, before he assaulted the white police officer who shot him dead.

Where was the outrage from Obama when a black police officer in Mobile, Alabama shot and killed a white teen, and was subsequently exonerated by a grand jury, which believed the officer acted in self-defense?

How about the recent racially motivated murder of a white Serbian man in St. Louis, Missouri, by a group of black teens using hammers?

Where is the Obama administration on this murder?
0SHARES
48
SHARES
ShareTweet