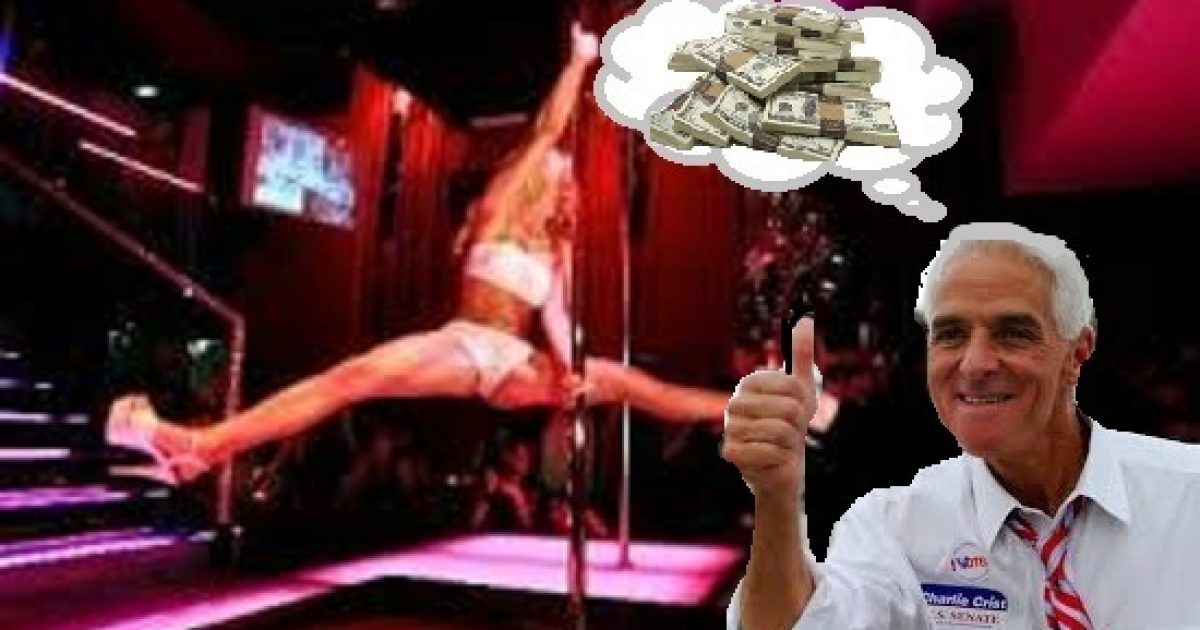 Not only is Charlie Crist’s gubernatorial campaign blaring Motley Crue’s “Girls!, Girls!, Girls!” national stripper anthem, but it seem to be “Ladies’ Night” over at Club Crist.

We told you about how Crist received $40,000 from the owners of the popular ‘Scarlett’s’ strip club in Hallandale, well, now it has come to light that Charlie as received another ‘glittered and cigarette-smelling’ $50,000 donation from Joe Rodriguez, the owner of one of Scarlett’s “leggy” competitors, the Cheetah’s strip club, which is situated just a few blocks down the road.

The gentlemen’s shady past of alleged drug dealing and illegal prostitution doesn’t seem to bother Crist, after all, he was against lap-dances before he was for them.

Florida Republicans are seizing on Crist’s “2 for 1” dance special to rail against him for not returning the $90,000 they say was raised “exploiting women and promoting illegal activity”.

In case anyone was wondering. As we mentioned in a previous story, the average lap dance will cost you $20. So, it you divide $90,000 by $20, the total number of lap dances Crist has benefitted from is 4500.
Holy cow!
You can also look at this this way, entrance fees at strip clubs usually cost about $10 per person. Again,If you did some simple math with these numbers, it could mean that Charlie received “in-kind” donations from 9,000 men and women from around south Florida.

For the record, I only know about these strip club details from “sources” that work, or have worked in these fine gentlemen’s establishments.