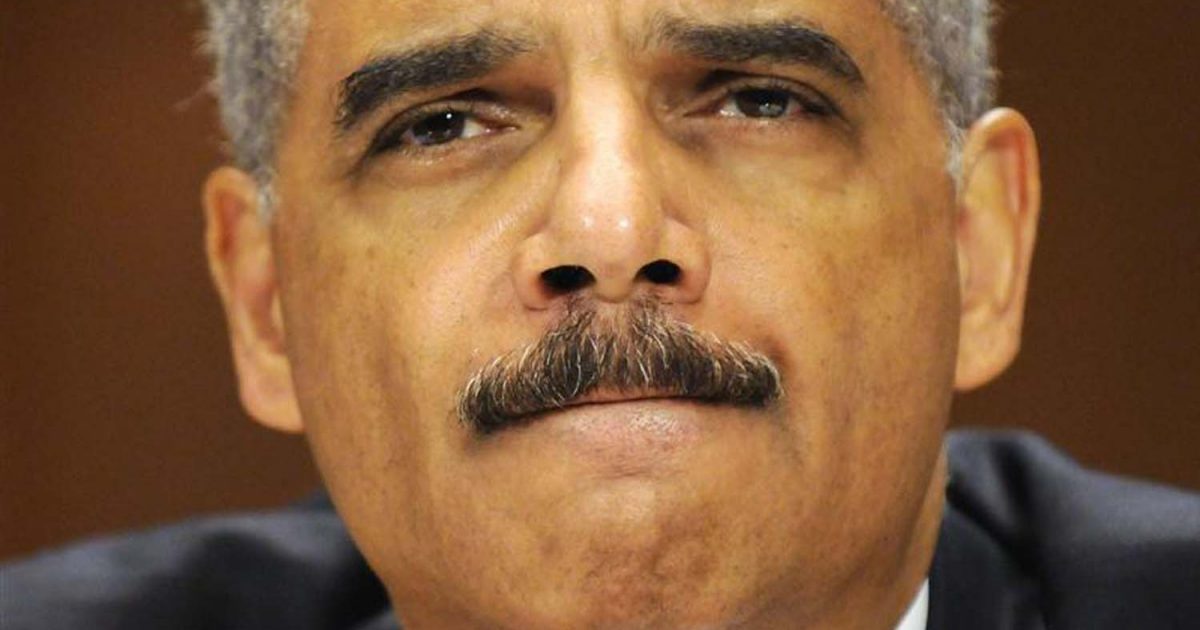 Today we heard the words we have been waiting to hear: Eric Holder announced his resignation. Fireworks should be going off across the United States tonight because it is time to celebrate!

Attorney General Eric Holder has found himself in a lot of scandals including Fast and Furious (did he release any documents about that yet?), his refusal to investigate the IRS scandal, his lack of concern about the terrorist attacks in Benghazi, his decision to treat high level terrorists like US citizens and give them trials in US courts instead of Military Tribunals … I could go on and on.

I am not the only one weighing in on his shortfalls though. Representative Ron DeSantis (Fl-Rep.) had the following to say:

Eric Holder’s tenure has been marked by the politicization of justice, disrespect for the rule of law and Constitution, and suppression of the truth. He will be remembered for being held in contempt of Congress for stonewalling the Fast and Furious investigation and for conducting a sham investigation into the targeting of conservative groups by the IRS. President Obama could hardly do worse when naming Holder’s successor; my hope is that the President tries to do much better. Our people need to regain their lost confidence in the nation’s commitment to the even-handed administration of justice

Whoever President Obama nominates for his replacement is going to have an uphill battle on Capital Hill because the Republicans are not happy about their predecessor.