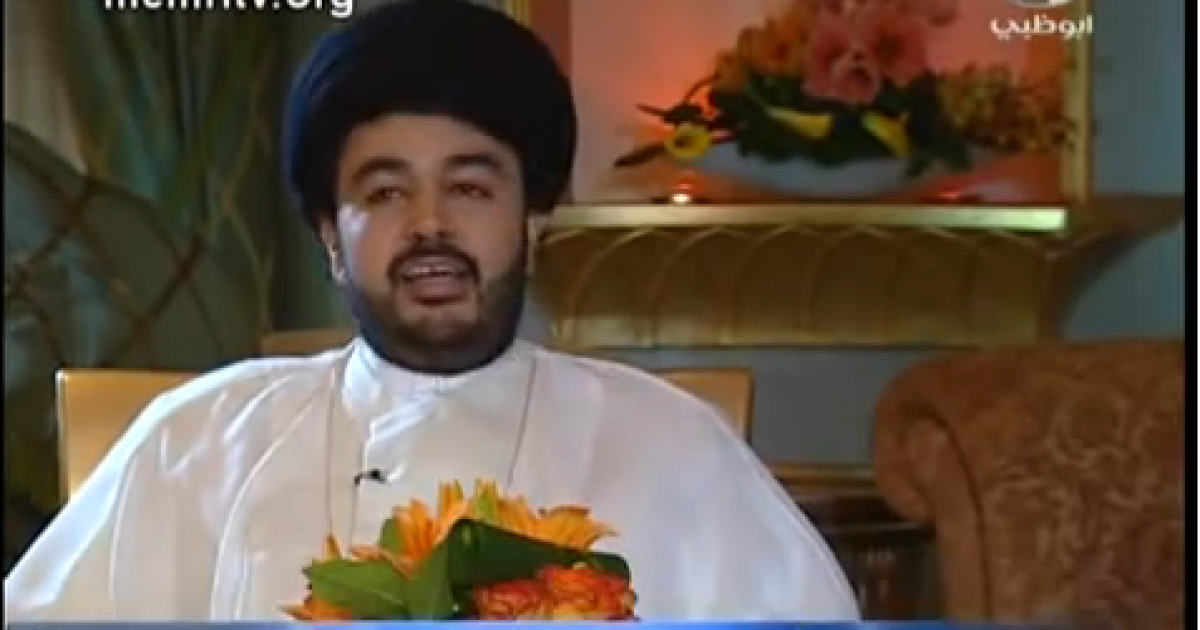 Allen West released a video yesterday from the Middle Eastern Media Research Institute. In the video Muslim cleric, Dhiyaa al-Musawi was being interviewed on Abu Dhabi TV in 2006.

Mr. al-Musawi talks about how the Muslims have now deported terrorism and threatened national security, he says they need to reshape their religious thinking and he even talks about the people willing to kill themselves to find the virgins in Heaven and they should not do that. Wow…

He even goes on to proclaim how he listens to Beethoven and says he has a picture of Jesus in his house!

Allen West said the following about the video:

I would live to know the whereabouts of Mr. al-Musawi. He offers hope for the Islamic world.

Check out the video for yourself here: