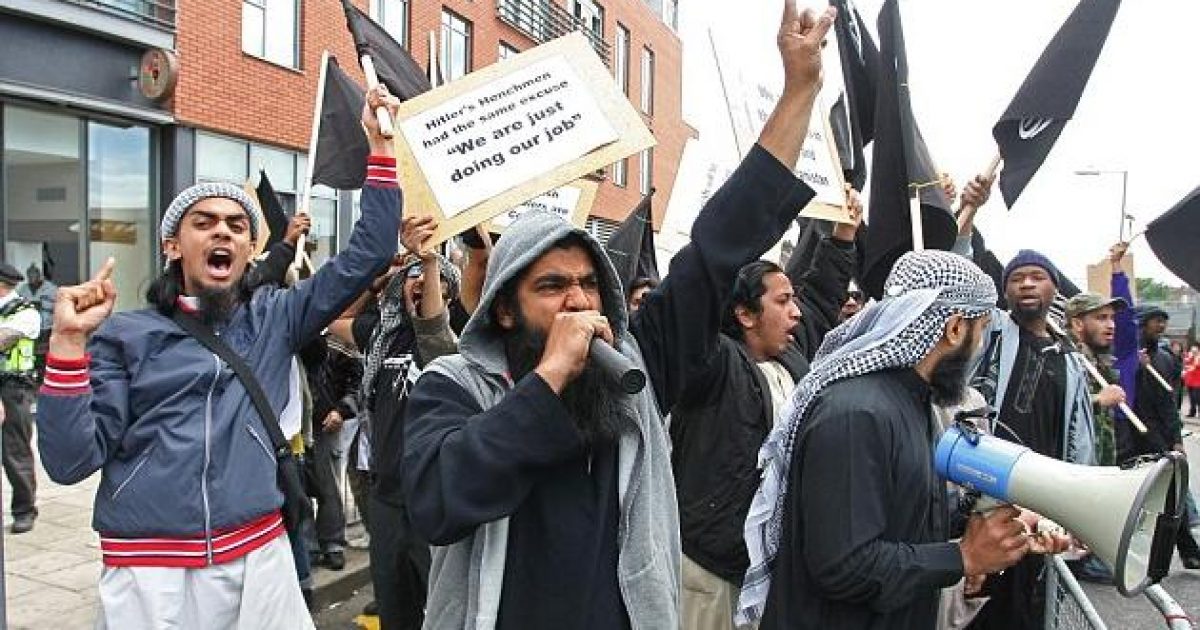 Considered to be one of the largest Catholic universities in the United States, Barry University, which is nestled in Miami Shores, Florida, hosted an interfaith memorial service to remember the victims of  the 9/11 terror attacks.

According to Laura Loomer, a senior at the university, the service began with Imam Nasir Ahmad, leader of Liberty City’s Mosque Masjid Al Ansar in Miami-Dade County, repeatedly chanting the ominous phrase “Allah Akbar” during his 10-15 minute address.

“We have to be very careful with exporting democracy, and democracy should not be exported at the point of a gun.”-Imam Nasir Amad (Palm Beach Post 9/12/2012)

The phrase Allah Akbar is arabic for “Allah is greatest.”

Loomer said that she, as well as other students and other members of the community, were offended by Ahmad’s use of the phrase during the service, and felt ” insulted that on a day like 9/11 they would allow for a man of Muslim faith to open the service and chant Allah Akbar, the words that suicide bombers and terrorists chant before blowing themselves up.”

Loomer also discussed her concern with two political science professors at Barry University who agreed that her concern was valid.

Those were the last words that many of the 9/11 victims heard before terrorists flew the planes into the Twin Towers, Pentagon, and the field in PA. I know that not all Muslims are extremists, and I’m not promoting hate, but people need to understand that after 9/11, the words Allah Akbar have a negative connotation in the minds of many in the U.S., and on 9/11 people are very sensitive to this topic.

The way the service was organized was blatantly disrespectful to all Americans as well as the victims of terrorism on 9/11. Words can’t even describe how infuriated I am that this happened at my University. I understand the importance of religious tolerance, but on a day of remembrance that is still so raw to people in this country, this was a very embarrassing and disrespectful way to honor the victims who died at the hands of Islamic extremists who exploited the words “Allah Akbar,” especially since the Muslim prayer preceded the Christian and Jewish prayers that were read at the service.

There is a time and place for everything, and I don’t think it is appropriate for someone to be chanting Allah Akbar at a 9/11 memorial service, especially when that person who chanted it is a Muslim religious leader who was invited by Barry University to come and chant.-Laura Loomer

Is chanting “Allah Akbar!” at a 9/11 memorial service any different and equally offensive as a American Christian cleric singing “Proud to be an American” at a memorial service in Japan honoring those who died in Hiroshima and Nagasaki?
The answer is ‘no.’

While Muslim organizations like the Council for American Islamic Relations (CAIR), which have been linked to Islamic fundamentalism, will defend the jihadi “battle cry” as just a simple acknowledgment of their god.

The phrase “Allah Akbar!” has a far different significance to Americans, and to the scores of others around the world, who grieve the loss of a loved one that was killed by some Islamic terrorist who cried out Allah Akbar before, during, or after he has carried out his or her cowardly act of terror.

There are countless videos and reports circulating around the world detailing numerous acts of terror by jihadists crying out “Allah Akbar!” as they commit their crimes of beheadings and mass executions.

The two Islamic terrorists who killed a British soldier killed on the streets of London, also cried out “”Allah Akbar!”

After the Towers fell on 9/11, jubilant Palestinians and other Muslims worldwide celebrated by chanting “Allah is greatest” over and over.
The actual Islamic terrorist who carried out the 9/11 attacks were heard screaming “Allah Akbar!” during the hijacking of the plane, and then most recently, U.S. Army Major Nidal Malik Hasan, also cried out “Allah Akbar!” before opening fire and killing 13 soldiers at the Fort Hood Army base.

While the case can be made that “Allah Akbar!” is more of a battle cry than anything pro-Islamic groups or leaders would want to have you believe.

Loomer says the prophet Mohammed meant for it to be a “war call,”citing Bukhar Sahih Hadith 5.516, which states that “When Allah’s Apostle fought or raided people we raised our voices saying, ‘Allahu-Akbar! Allahu-Akbar! None has the right to be worshipped but Allah.”

Islamic apologists will bend over backyards to distance Islam from terrorism, but the actions of Islamic militants who cry “Allah Akbar!” as the carry out these acts of terror, make it impossible for anyone to believe that Islam is not inextricably tied to terrorism.