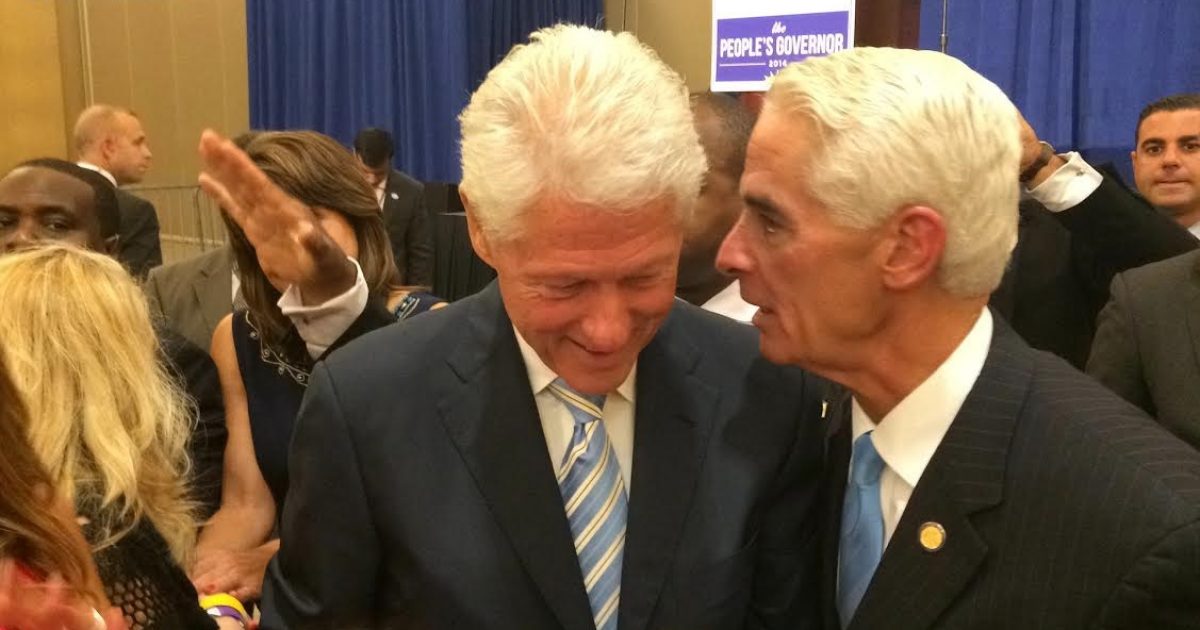 Just when I thought that the Charlie Crist campaign was above booting reporters and bloggers out of their gubernatorial events, they proved me wrong when then mimicked the Florida Democrat Party and had me kicked out of their Bill Clinton rally in Miami.

My amigo at the Miami Herald, Marc Caputo, summed it all up in a tweet:

Foolish move by the Crist campaign: they booted the @THESHARKTANK1. Yeah, he’s conservative. But what harm would he cause?

Here is what happened. I arrived and was credentialed by Team Crist, but just as I was being led to the press area, I noticed one staffer searching the site on the web. Once he pulled up the site, I saw him scurry around looking for someone to send out a distress signal about my presence. After spending a good 15 minutes in the press area, and then having to listen to Rep. Frederica Wilson rant and rave over Charlie Crist, I noticed this same staffer convene several other staffers, presumably to go over their game plan of removing me from the venue. What is really interested here is that I was unarmed.

The famous Shark Cam was not allowed in the event hall because Secret Service could not, and eventually did not, have the bomb sniffing pooches clear my bag and camera. I was not alone, as two other reporters were also not allowed to entered with their gear.

This is typical Secret Service protocol, so it was no big deal to me. The nice girl who initially led me into the hall was very professional about it, she obviously was not part of the decision to boot me. She later thanked me for be so understanding. Of course I was understanding.

Team Crist’s actions was one big pile of excrement. This was the first time they had asked me to leave any of their events. As I wrote before when the Florida Democrat Party booted me out of their last event about week or so ago, the Republican Party of Florida and Team Scott, always allow the American Bridge and Democrat reporters and trackers to film their events. Me thinks that the Democrats are skeered.

Fortunately for us, Shark Tank Investigative Reporter, Special K, had already infiltrated the Crist ranks, and mingled about the crowd. Crist’s stump speech was same one he always gives, while Clinton used the opportunity to rip on Governor Rick Scott. Oh, and here is a little tid bit about what Clinton said:

I tweeted that there were about 500 or so attendees, but according to Special K, he thinks there were only about 400.

Here are pics from the event.