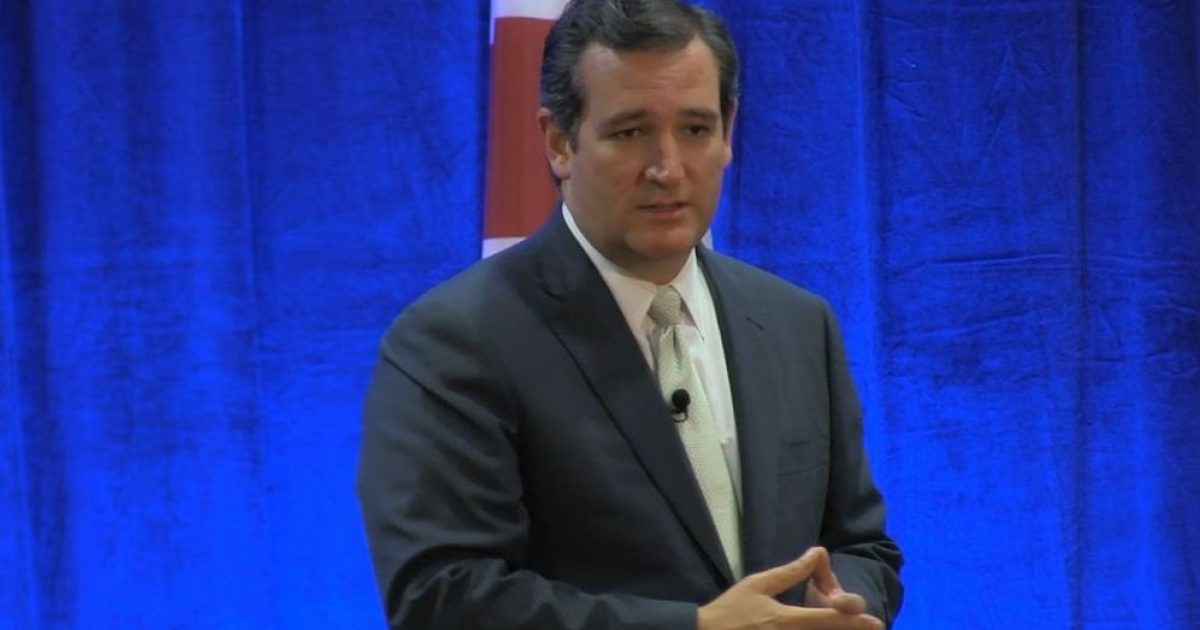 Cruz Said we Should Bomb ISIS “Back to the Stone Age”

Looking more and more like a potential 2016 Presidential contender, Senator Ted Cruz (R-TX) addressed a crowd at a Americans for Prosperity summit in Dallas yesterday. He laid out his positions in regards to the U.S. border/illegal immigration issues and the infamous Affordable Care Act. Undoubtedly his foreign policy strategy for dealing with ISIS got the most attention. He said:

They want to go back and reject modernity… well I think we should help them. We ought to bomb them back to the Stone Age.

Cruz also referred to ISIS as “monsters” and said they were training hundred’s of American’s to create terror once again on our soil.

This is not the first time Ted Cruz has had harsh criticism for the way this country is being run. As we previously reported in July the Senator introduced a stop amnesty bill that would defund President Obama’s current immigration program. He also called for Secretary of State John Kerry to resign back in April.

As Senator Ted Cruz left the stage in Dallas yesterday, the crowd of over 3,000 spectators cheered “Run Ted, Run”. Will he? That is yet to be seen but to me it looks like he is doing more then just testing the water.