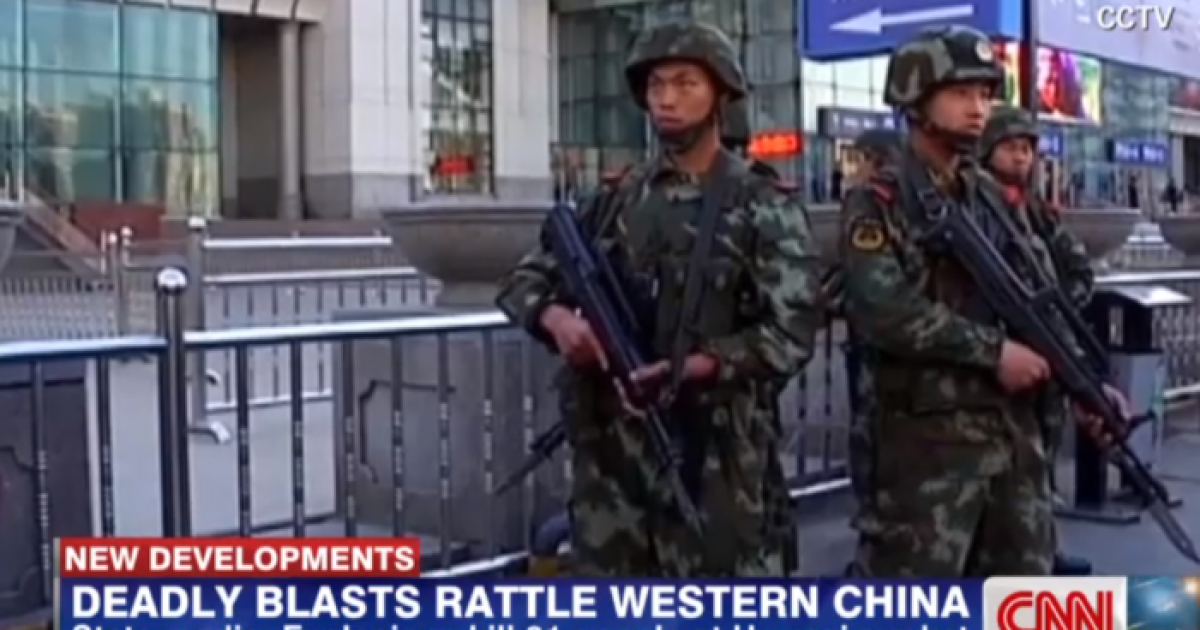 According to Chinese state media reports, nearly 100 people, most of them “terrorists,” were killed in an attack last week in China.

A total of 37 civilians were killed, and police “gunned down 59 terrorists,” Xinhua reported, bringing the death toll to 96.

A gang wielding knives and axes attacked civilians, a police station and government offices and smashed vehicles in a restive region, according to Xinhua. Cars were vandalized, and some were set ablaze.

The “organized and premeditated” attack took place Monday in the northwestern Xinjiang Uyghur Autonomous Region. There have been numerous attacks in the region, where tensions are simmering between Uyghur Muslims, a Turkic people, and Chinese Han people.

A Muslim separatist group founded by militant Uyghurs has been blamed for terrorism in the region, according to CNN.