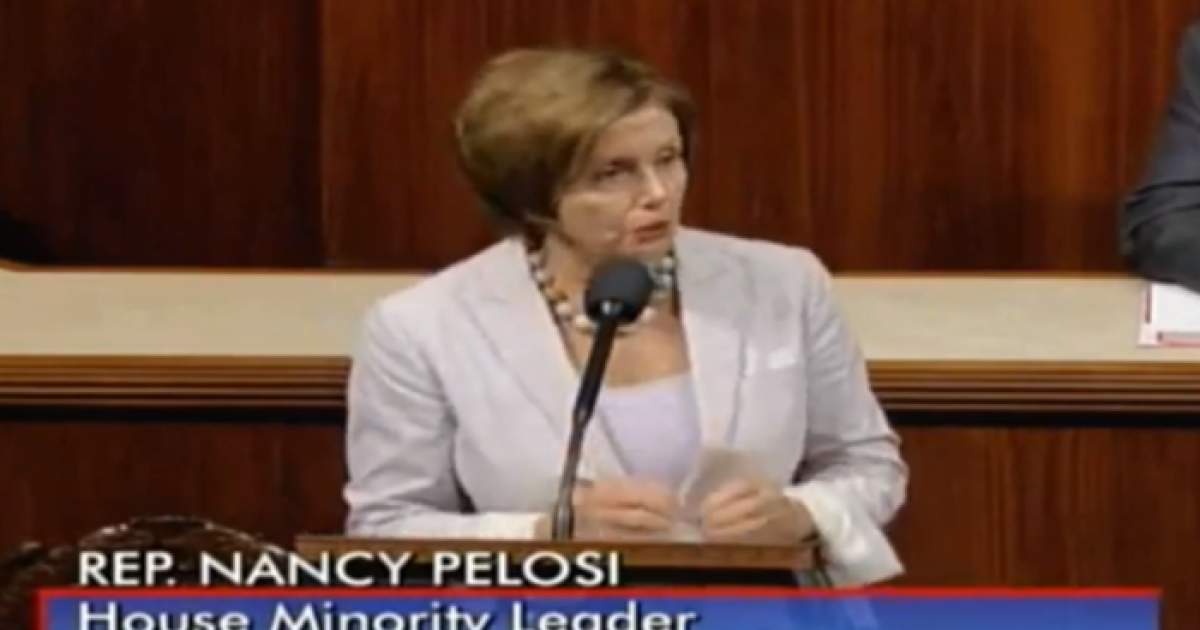 A Republican congressman who was confronted on the floor Friday night by House Democratic Leader Nancy Pelosi over his immigration comments said that Pelosi was “visibly shaken” during the encounter — but said he’s “not going to put up with this.”

Pelosi lashed out at Rep. Tom Marino, R-Pa., after he accused Democrats of neglecting the immigration issue when they controlled the White House and Congress in 2009 and 2010.

She could be seen walking over to him and pointing her finger at him — he later said Pelosi called him “insignificant.”

“She came up to me wagging her finger and saying that I was a liar, a liar, and I simply said, ‘No, I do my research — I have my facts straight, perhaps you should try that,'” he said.

Marino said Pelosi was trying to belittle him.

“I’m a former prosecutor … and I’ve been threatened by drug dealers and organized crime and murderers, and this was a walk in the park,” he said. “I’m not going to put up with this. I don’t talk to people like this.”

He added: “I’m having one of the wealthiest people in Congress say that I’m inconsequential and I’m not important.”

Following the Pelosi outburst on Friday, the U.S. House of Representatives passed a $700 million package addressing the border crisis. However, no action is expected in the Senate until after their summer recess.