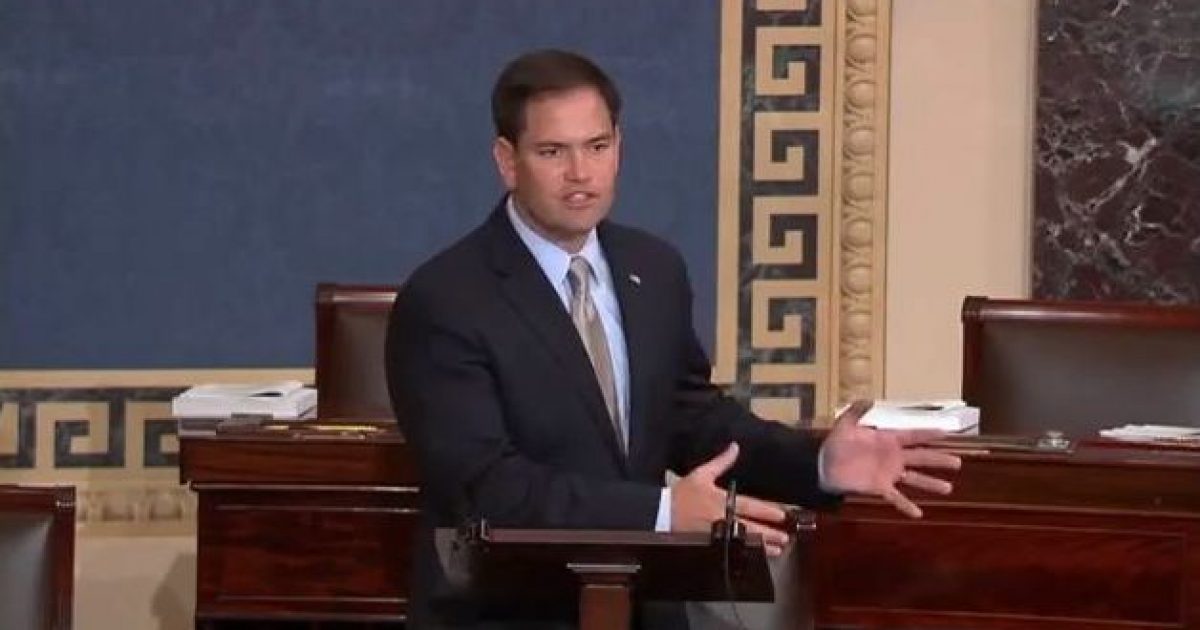 In response to a letter he received from Palestine Liberation Organization (PLO) Ambassador to the U.S., Maen Rashid Areikat, Rubio criticized the Palestinian Authority’s continued willingness to govern with a terrorist organization and urged the Palestinian government to condemn Hamas.

In his Senate speech Rubio hit back on the attempts by some to find a moral equivalence in the Israeli-Hamas battle.

Don’t tell me both sides are to blame here. Because it’s not true. It isn’t true. This is the result of one thing and one thing alone: Hamas has decided to launch rockets against Israel. Hamas has decided to build this extensive network of underground tunnels so in a moment of conflict they can get these commandos into Israel and kill Israelis. And what is Israel doing? What any country would do.