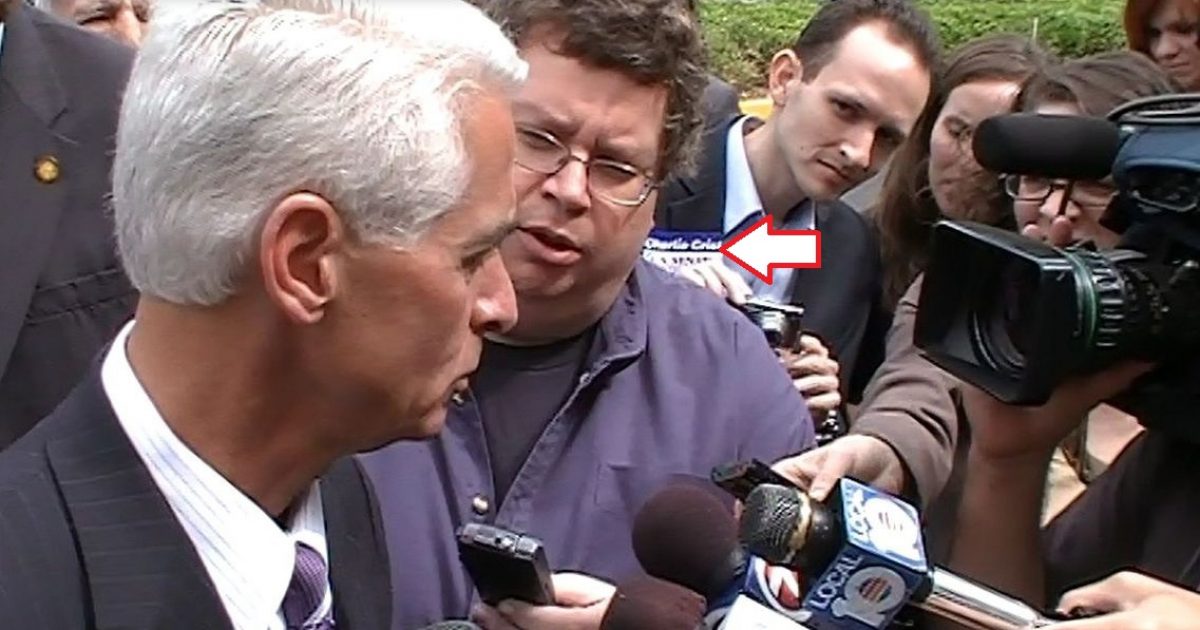 Charlie Crist Republican Richard DeNapoli has really stepped in it this time. The former Democrat and Broward County GOP boss lied to Broward Republican voters in 2010 when he stated in a letter that he had served in the United States Marine Corps.

DeNapoli was running for Treasurer of the Broward GOP, and one night before the group’s monthly meeting, DeNapoli was confronted about lying about his military service. DeNapoli’s lie was spelled out on a candidacy letter he was distributing on all of the chairs that were already put out for the event.

When asked about why he stated that her “served” in the Marine Corps, DeNapoli quickly snapped back and said,” What, are you going to blog about it?”

No sooner than DeNapoli uttered those words, he quickly began picking up all of the letters he had already place on the chairs.

At the time of the incident, DeNapoli had told several friends that he dropped out during boot camp because he suffered hypothermia during training, and was discharged from the Corps.

I am not sure what the truth really is here, as DeNapoli has stated on his 2008 resume that he had completed a short stint in the USMC Mini-Officer Candidates School.

Completing USMC Mini-Officer candidate school is the equivalent of being in the Boy Scouts and completing the necessary prerequisites to receive a Merit badge.

Richard DeNapoli never held rank in the USMC, so why would he state that he served in the Corps?

DeNapoli can easily clear all this out by furnishing a DD214, or any documentation that would support his claim of serving in the U.S. military.

Heck, DeNapoli must have an old Boot Camp picture or discharge papers. Right?

DeNapoli is running for the Florida state House of Representatives against U.S. Navy Reserve veteran Julio Gonzalez, who did serve in the U.S. Military, and can prove it.

What would Allen West say about DeNapoli’s little lie? DeNapoli is quick  to post a picture of him and West to promote himself and candidacy, but what about now?

DeNapoli Never Served from Floridians for Liberty on Vimeo.

Click here to read the truth about Richard DeNapoli’s military service. He should be ashamed of himself.