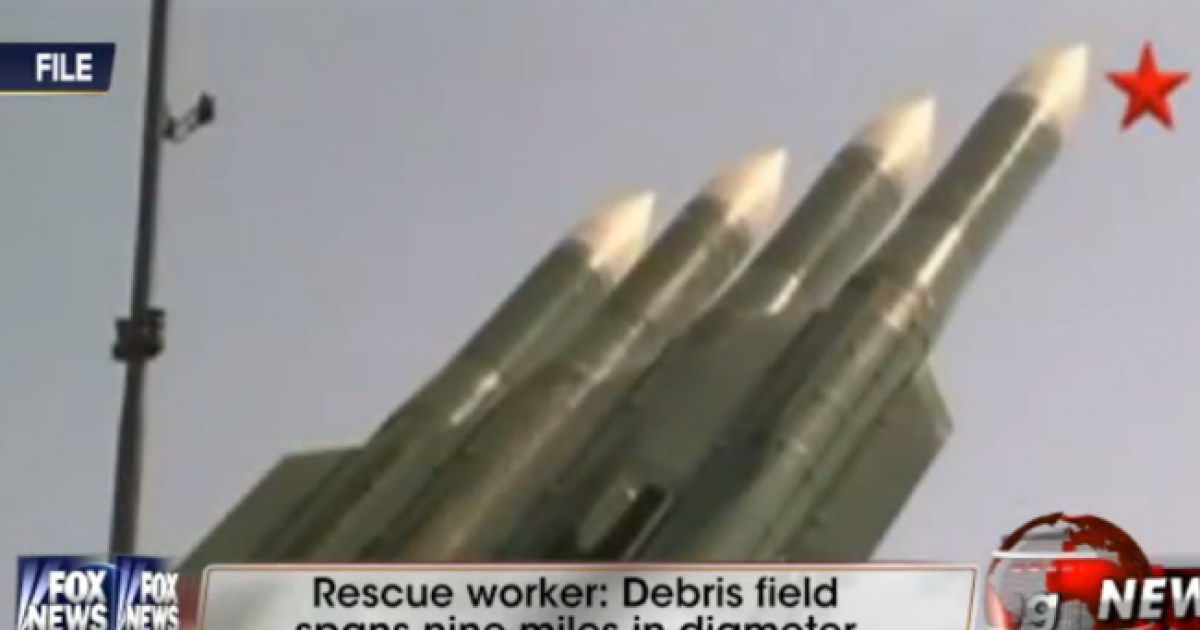 A Malaysian Airlines Boeing 777 has been lost over the war torn area of Eastern Ukraine. The Ukrainian Government says that the passenger jet with 295 on board was shot down over their airspace by a long-range surface-to-air missile by Russian-backed insurgents.

The Boeing 777 was shot down at cruising altitude, according to Anton Gerashenko, an adviser to Ukraine’s Interior Minister. He said it was carrying 280 passengers and 15 crew people, all of whom were killed. The incident touched off immediate finger-pointing between Russian separatists and the Ukrainian government, which strongly denied responsibility.

“The President of Ukraine on behalf of the State expresses its deepest and most sincere condolences to the families and relatives of those killed in this terrible tragedy,” said a statement released by Ukrainian President Petro Poroshenko’s office. “Every possible search and rescue effort is being made.”

The airline, which saw one of its fleet disappear over the Indian Ocean in March, confirmed only that “an incident” had occurred involving the Boeing 777, which was en route to Kuala Lumpur from Amsterdam.

The Malaysian Prime Minister has taken to social media to express his shock and sadness over the incident.

I am shocked by reports that an MH plane crashed. We are launching an immediate investigation.