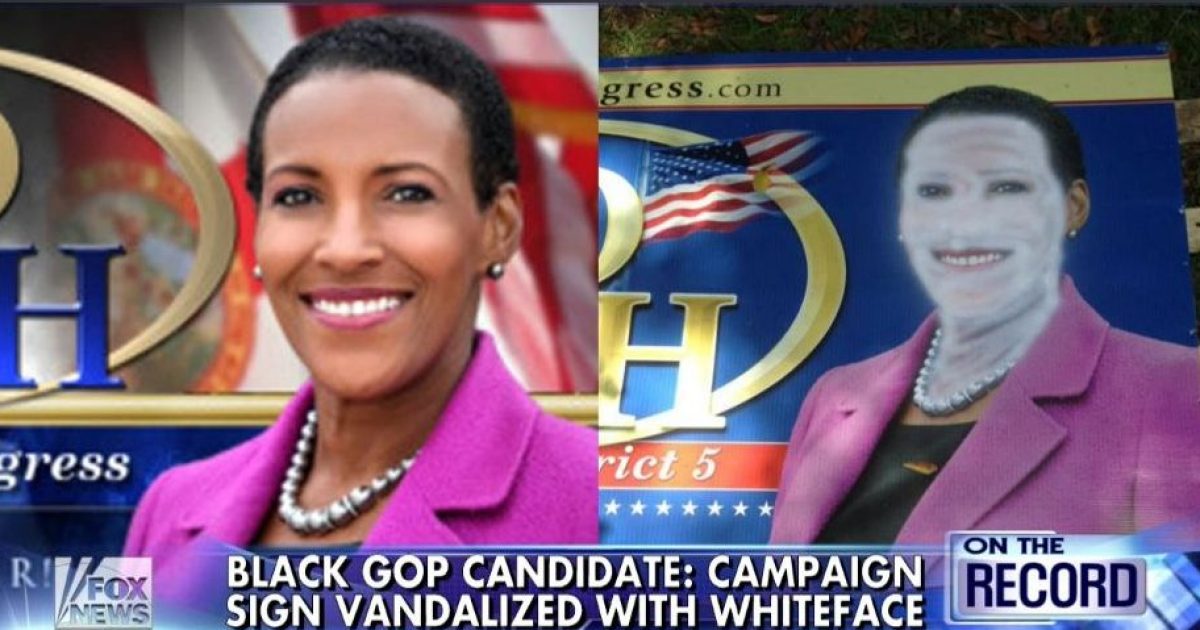 Florida Republican congressional candidate Glo Smith has been the target of a racist attack in Jacksonville, Florida, as one of her yard signs–which features a picture of her– was vandalized by someone who “whitewashed” her face.

Of course the left-leaning mainstream media has paid little mind to this attack, probably because she is a Republican, and not a Democrat.

Smith is the former aide to Florida Lieutenant Governor Jennifer Carroll, and is challenging the ever colorful Democrat congresswoman Corrine Brown.

Yes, the same Corrine Brown who called the entire city of Jacksonville, Florida, racist because of a plan by the city to move a voting location out of the minority-heavy area of her district.

In my opinion, the message that was sent to Smith was that she was an “Uncle Tom,” and a phony black person for running as a Republican against a black Democrat incumbent.