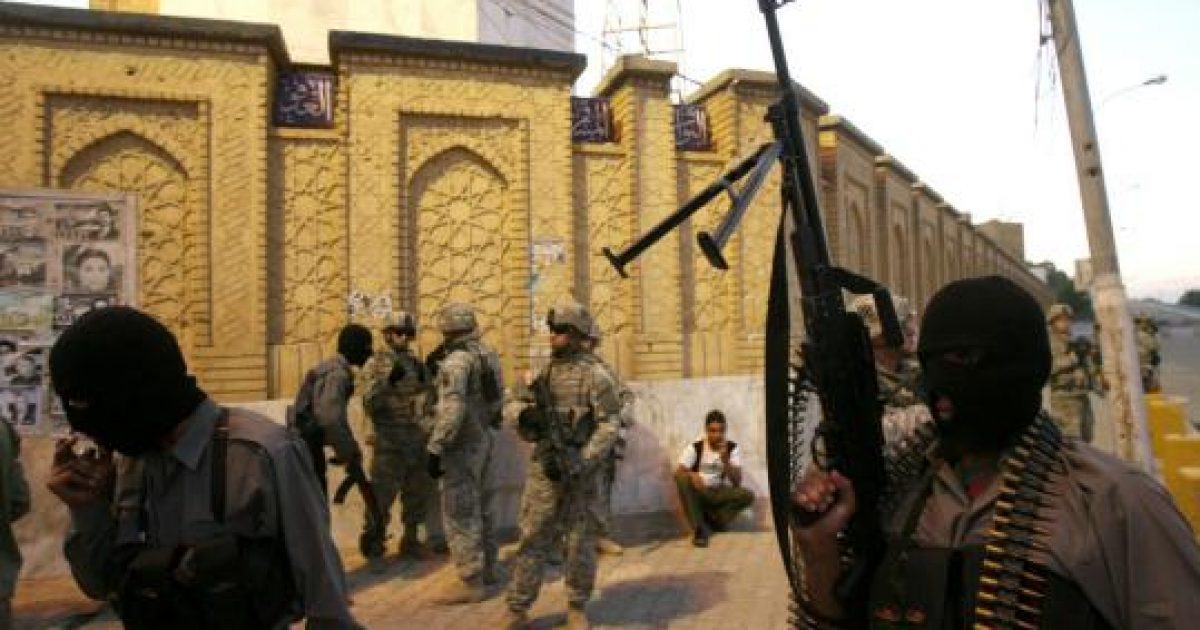 Stunning military victories over the past several weeks have brought an Islamic terror organization with ties to al-Qaeda to the doorstep of Iraq’s capital Baghdad.

The terror group Islamic State of Iraq and Syria (ISIS or ISIL) used the Syrian civil war as a backdrop to grow and train more militants.  ISIS now controls a wide area of land from Syria into the northern provinces of Iraq.  ISIS and Sunni insurgents have taken the Iraqi cities of Fallujah, Mosul and Tikrit — the former home of the late Iraqi dictator Saddam Hussein.

The terrorist army now threatens to attack Baghdad as Iraqi military forces — trained by the United States — seem unable to stop the advance.

By late Wednesday, the Sunni militants, many aligned with the radical Islamic State of Iraq and Syria, were battling loyalist forces at the northern entrance to the city of Samarra, about 70 miles north of Baghdad. The city is known for a sacred Shiite shrine that was bombed in 2006, during the height of the American-led occupation, touching off a sectarian civil war between the Sunni minority and Shiite majority.

The U.S. Embassy in Baghdad is preparing contingency plans to evacuate its employees if necessary now that one of the deadliest Islamic militant groups in the region has taken control of large swaths of Iraq, a U.S. official told TheBlaze.

The State Department also warned U.S. citizens against traveling to Iraq, following several days of bloody clashes between insurgents with the Al Qaeda-inspired Islamic State of Iraq and the Levant and Iraqi military forces. ISIL (ISIS) has taken control of Mosul, Tikrit and Fallujah and aims to create an Islamic state across the Iraq-Syria border.

Reports also say that the Iraqi government requested U.S. military assistance months ago, but the Obama Administration has balked at intervening.