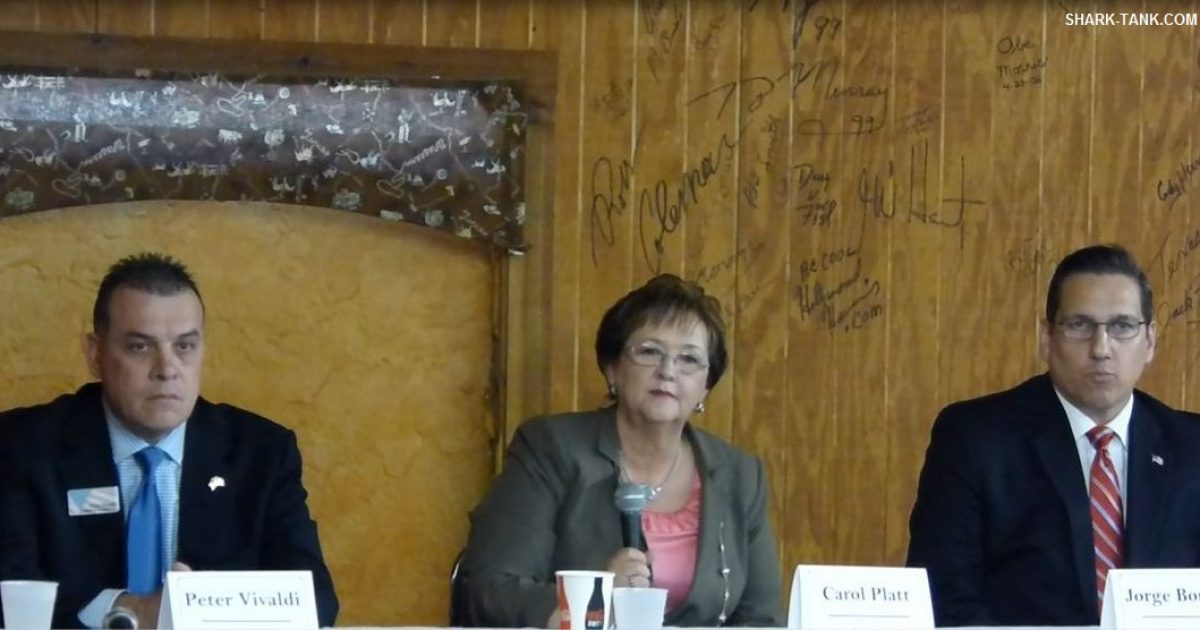 As is the case every election cycle, the pro-illegal immigration lobby injects its shameless racially-charged claim that Americans, or specifically Republicans, are anti-Hispanic, and feel compelled to pander to that voting bloc, by referencing all Hispanics as “Latinos.”

Republicans are always pressed to opine their position(s) on immigration reform, and in the Republican congressional primary race in Florida’s 9th district, this is exactly what is being asked of the candidates to do.

Navy veteran Jorge Bonilla, along with Senators Marco Rubio (R-FL) and Ted Cruz (R-TX), as well as Congressman Raul Labrador (R-ID), have all been called anti-Hispanic by a Spanish-language disc jockey, and others on the pro-immigration reform lobby.

Bonilla opened up his immigration remarks by stating the attacks he has received from the pro-Amnesty for illegal immigrant community, to include the evangelical Christian community, have called into question his faith because he does not believe in comprehensive immigration reform.

Bonilla believes that the first step to immigration reform should be to follow the existing immigration laws that are already in place.

I do not support comprehensive immigration reform because I can’t trust the President to enact a new set of laws when he doesn’t follow the laws that we already have on the books. –Jorge Bonilla

Bonilla continues saying that the border issue is a national security issue, and is keeping to that position as he references the crime that has been spilling over in the U.S. from Mexico, and the fact that Hezbollah, drug cartels, and human trafficking is running rampant along the U.S.-Mexico border.

Judicial Watch, the organization that exposed the White House emails detailing the Benghazi spin, also reported on Hezbollah association with Mexican Cartels and drug gangs in the Southwest United States.

Realtor Carol Platt believes that amnesty for illegal immigrants is not the answer, and is echoing former Florida Governor Jeb Bush’s “Act of Love” position on immigration reform by saying that Americans should have “compassion for those people who are here” illegally.

It needs to be based on what’s right for America. It needs to be based on the protection, we have a constitutional responsibility to protect the people of this nation, and to see their success, each and everyone of them that are here. And that’s what it’s about, it’s about compassion for those people who are here…We need comprehensive immigration reform, and we need it now, and there needs to be people like me, willing to take the political risk, in order to get it done “-Carol Platt

Peter Vivaldi, who sits on the Board of Directors of the National Latino Evangelical Coalition (NALEC), of whom Bonilla eluded to in his immigration remarks, has reaffirmed his support for the controversial and unpopular “Gang of Eight” Senate immigration reform bill of 2013.

For those of you interested, here is NALEC’s immigration bullet points that can be found on the group’s website.

Vivaldi, who says he is “not for amnesty,” agrees with Bonilla and Platt that the current U.S. immigration system is broken, and is calling for immediate immigration reform, but disagrees with President Obama’s ongoing deportation of all illegal immigrants, and sees the immigration issue as an issue of “moral dependency.”

I think, in my heart of hearts, that this is also an issue of moral dependency. And when I say that, when we look back years ago, slavery, event though it was legal didn’t make it right. –Peter Vivaldi

To sum this all up, Platt and Vivaldi support comprehensive immigration reform, Bonilla does not.

Watch the short video clip of the immigration responses from all candidates.