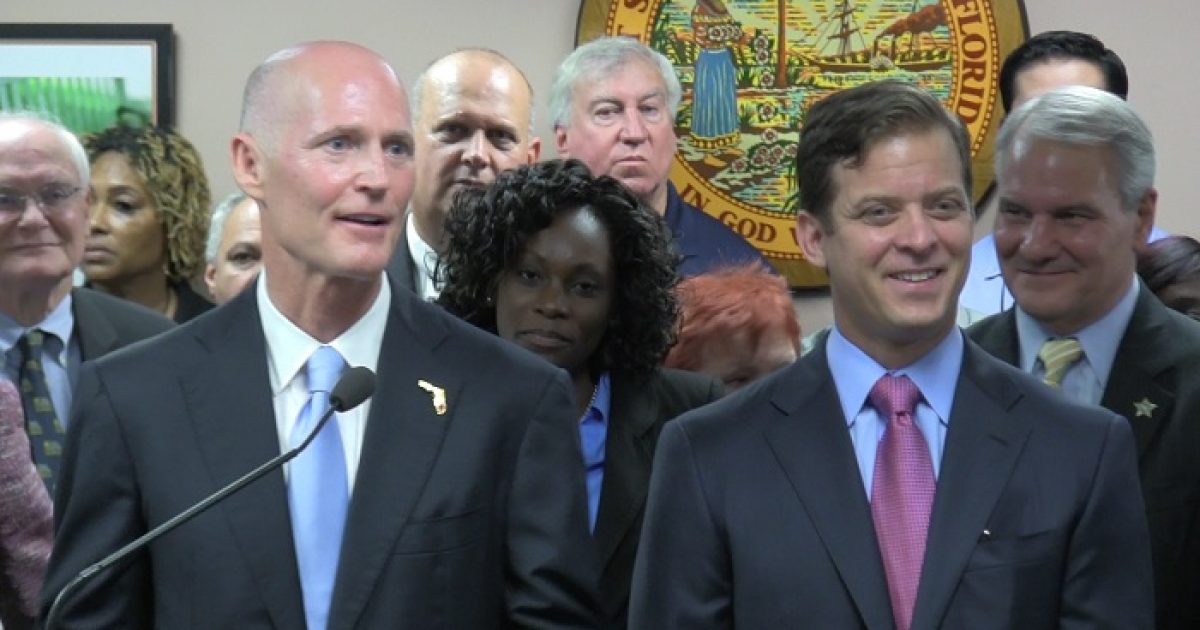 All of the usual Broward County political wannabees were in attendance for some free food samplings, as well as state Representative George Moraitis, RNC Co-Chair Sharon Day, along with a few other local elected officials.

Shortly after addressing the GOP faithful, Scott and Lopez-Cantera spoke to the press, where Scott was asked his take on Charlie Crist’s new position on “Climate change.”

Scott didn’t have much to say about global warming, rather stating he wasn’t a “scientist” before rattling off of enviro-friendly things his administration was doing to help preserve and protect Florida’s economy.

Scott, a Navy veteran himself, stood by his recent call for Department of Veteran’s Affairs Secretary Shinseki to resign, as well as stating that the embattled VA needed a new “change in direction” and “change in leadership.”