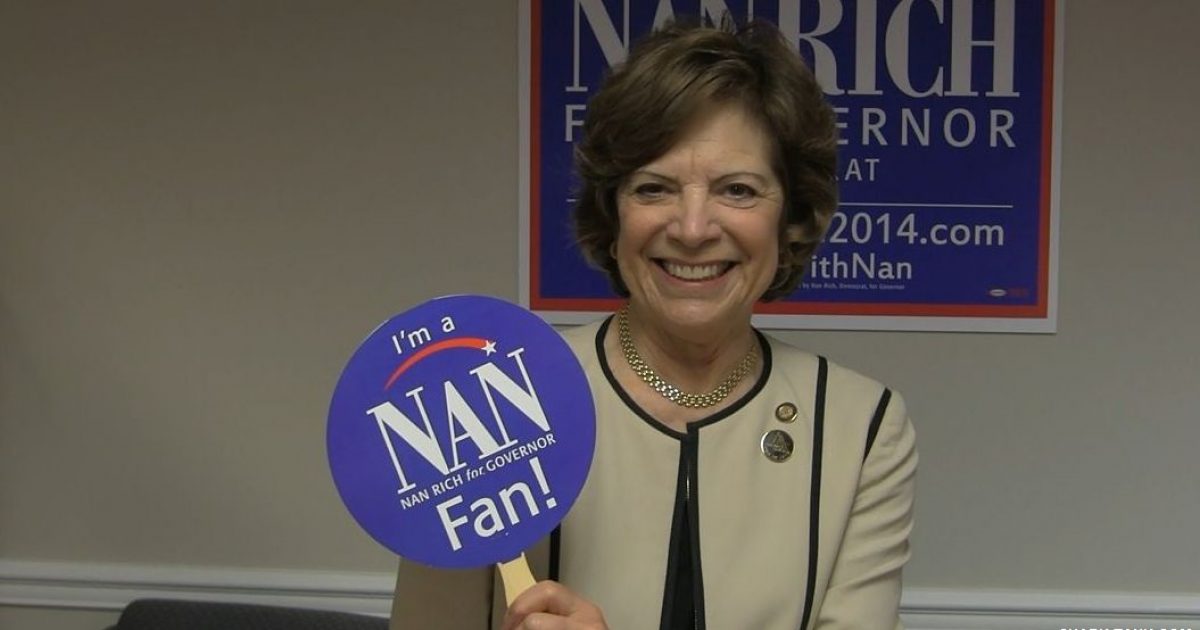 Who says there isn’t much love and support for former Democrat state Senator Nan Rich and her gubernatorial campaign?

Nan Rich has been chugging around the state of Florida, running a classic old-school grassroots campaign for Governor, as she looks to defeat that wild-eyed Republican-turned-Independent-turned-Democrat, Charlie Crist.

For those of you living under a rock for the past year or so, Charlie Crist has decided to seek the job he quit back in 2010, when he ran, and lost to Senator Marco Rubio in that year’s historic Senate race.

Rich opened the doors to her Weston, Florida campaign office this past Friday, where the love for the feisty former state Senator poured in from blue-to-the-bone Democrats, who haven’t drank the Charlie Crist mimosa, and are committing themselves to defeating the ever-evolving Crist.

Alongside the 100 or so Democrat activists and supporters who came out to love on Nan Rich were Dade Democrat Party Chairwoman Annette Taddeo, state Representatives Katie Edwards and Rick Stark, as well as former state Representative and current Broward County Commissioner, Marty Kiar.

The feeling in the room was eerily similar to a Republican event, where just about everyone was bashing Crist for trying to flip-flop his way back into elected office.

Now, to be fair, there is no love for Governor Rick Scott among these progressive Democrats. But right now, the focus of their disgust is Crist, who they feel is disingenuously trying to dupe mainstream Democrat voters into believing that he is really one of them.

Actually, depending in which direction the daily political wind is blowing, Crist could be their progressive savior.

Representative Edwards, who is about as big of a Nan Rich fan as they get, says she is proud to stand with Nan, and believes that Crist needs to put on his big boy pants and debate Rich.

Edwards also called out the Tallahassee myth supposedly being circulated by Crist supporters, that Rich’s campaign and supporters “sold their souls to the other side, or are working for the re-election of Rick Scott.”

The pocket full of energy, County Commissioner of Marty Kiar, also expressed his support for Rich, and couldn’t resist take some shots at Rick Scott, saying that he was the “worst governor in Florida history,” adding that Scott did not care about Florida.

During her address to her supporters, Rich said that Floridians were ready for a “true progressive governor,” and continued pressing Crist for a debate by asking, “Where’s Charlie?”

Rich believes that it is wrong for Crist to shun Democrat voters by dodging a debate, and added that it was hypocritical of Crist to refuse to debate her, because when he ran for the U.S. Senate, Crist was all about debating Rubio and Democrat Kendrick Meek.

He doesn’t want to talk about policy…on the substance of the issues.”-Nan Rich

So, where is Charlie? Watch the video.