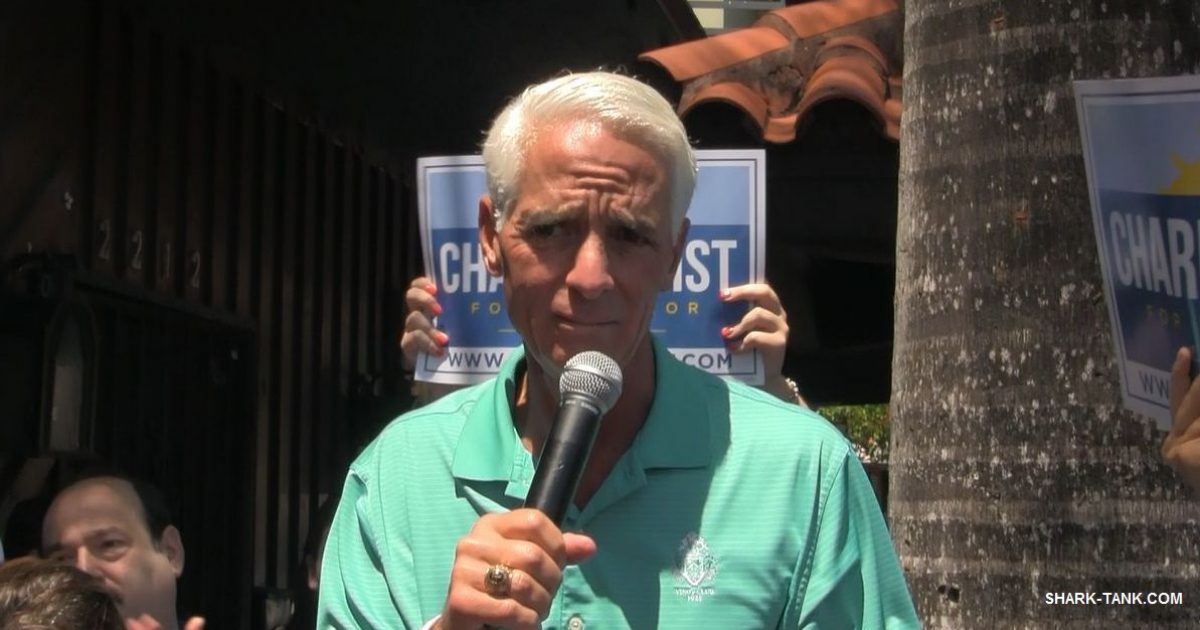 Former Republican Governor of Florida, Democrat Charlie Crist, set up one of his campaign offices right smack in the middle of Miami’s Little Havana neighborhood, or as I like to call it, the Miami boogie down.

The event was put together by a small group of local Crist supporters, but was largely handled by Crist staffer Caesar Fernandez and his people from St. Petersburg.

Upon arriving, Crist was greeted by 100 supporters and activists, as well as by some 25-30 anti-Fidel Castro and pro-U.S embargo to Cuba supporters, who were specifically there to oppose Crist’s newly changed position of supporting an end to the U.S. embargo to Cuba.

Crist campaign manager, Omar Khan addressed the crowd about the screaming protesters that were no more than 100 feet away by saying, “We are not going to be distracted by them, so they can keep on screaming.

But by Crist, Khan, and others acknowledging, and directly engaging the protesters, it was clear that they were distracted by their presence, and continuous chant of “Shame on you! Shame on you!”

Once the chanting began, Crist instinctively snatched the microphone away from one of his supporter, and engaged his detractors.

Even Crist’s wife Carole, who is known to be a bundle of energy, was so excited about Crist’s prospects for becoming Governor, that she heckled and interrupted her husband with a campaign bumper sticker.