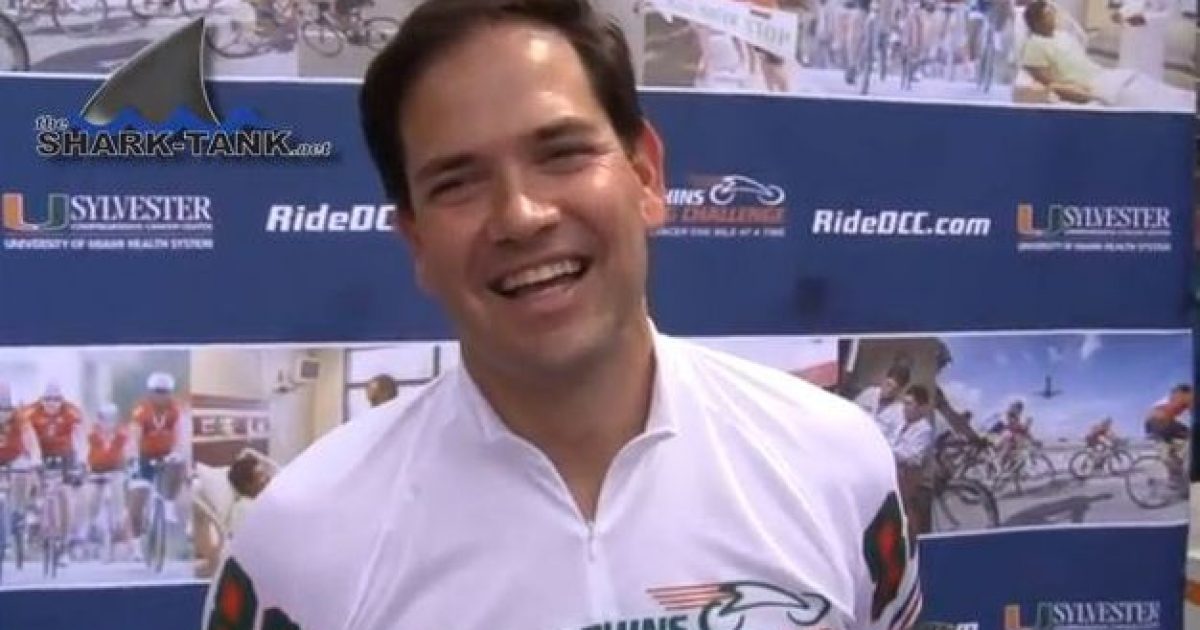 It was only a matter of time before Senator Marco Rubio chimed in on Charlie Crist’s “absurd” statement that the reason why he left the Republican Party was because it veered “hard right” and became racist.

Rubio appeared on Fox News with Neil Cavuto, where Cavuto ask him if he though Crist was a phony, and Rubio replied, “absolutley.”

Even Democrats will be embarrassed that Charlie Crist became a Democrat-Sen. Marco Rubio

Rubio asked why didn’t Crist just become an Democrat instead of an Independent, if he really felt this way?

Here is the exchange:

Charlie Crist: No, it was because I couldn’t be consistent with myself and my core beliefs and stay with a party that was so unfriendly toward the African-American president. I’ll just go there. You know, because I was a republican and I saw the activists and what they were doing. It was intolerable to me.

Neil Cavuto: What did you think of that?

Marco Rubio: I think it’s ridiculous and silly. Two points I would make. First of all, I’m even cautious to even dignify that with a serious response. My prediction is by the end of this election, even Democrats will be embarrassed that Charlie Crist became a Democrat. If this was in fact how he felt at the time, why didn’t he say it? Why didn’t he say I’m not running as a Republican because I think the republican party has become what he accuses it of becoming and why didn’t he switch to Democrat?

Why did he run as an Independent? Why didn’t he do that at the time? Why did it take him four years to say what he’s saying? It’s just not a serious thing. That’s my second point. I’ve never met a single Republican activist involved in my campaign that has ever, in my opinion, ever been motivated by race to state their objections. I think it’s absurd and quite frankly it’s barely worthy of any sort of response. But because he’s running for Governor of my state, I guess I need to say what I said.

Neil Cavuto: Do you think he’s a phony?

Marco Rubio: Absolutely. I believe that during the campaign. That’s one of the reasons why I ran for the U.S. Senate. I didn’t want my next U.S. senator to be someone like that, who wouldn’t just be trustworthy in moments of importance for the country, but who would embarrass us by saying these sorts of ridiculous things.

Neil Cavuto: If he’s a phony, he leads in the polls. It’s still early.

Marco Rubio: He led in the polls against me too.

Marco Rubio: I think once people start to focus in and they realize it’s the same Charlie Crist that’s running, that he is the same guy that’s been basically on every side of every single issue before the country and the state, I think those numbers will change dramatically.

Rubio’s smack down of Crist even made my dog Gonzo cringe.