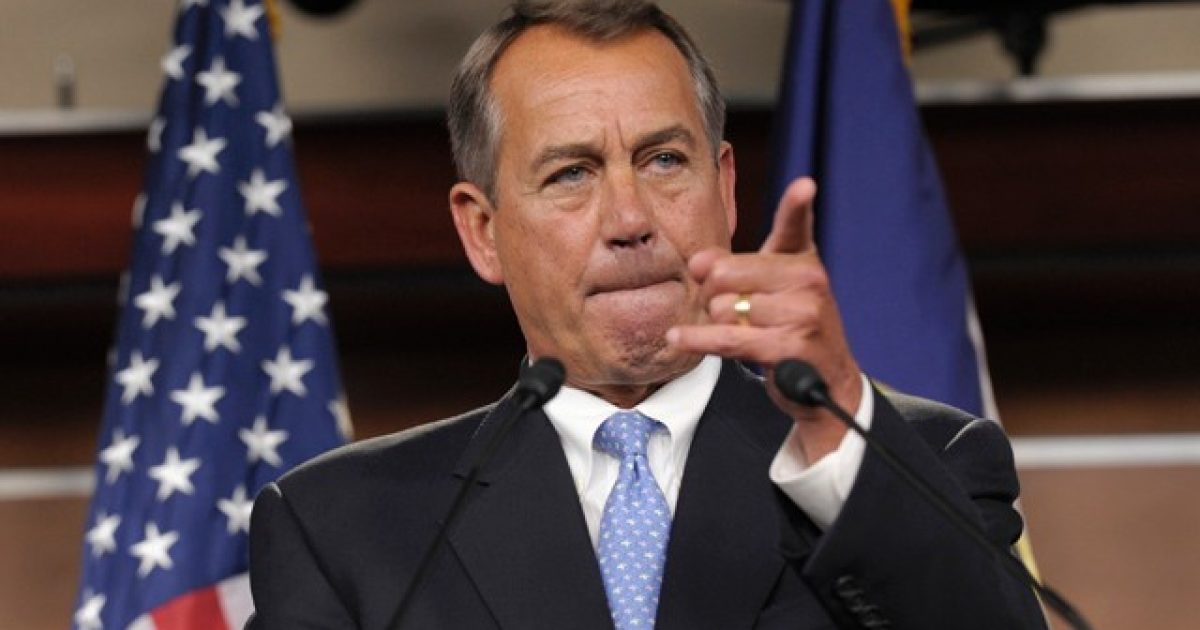 FOX News’ Charles Payne joins a chorus of other conservative pundits and members of Congress to point out that Speaker John Boehner is only in power because of the Tea Party movement of 2010.

Boehner’s insulting remarks were directed at the conservative caucus within the Republican-led House of Representatives, who are opposed to any comprehensive immigration reform bill, or as some like to call it, amnesty for illegal immigrants.

According to Boehner, those who are not willing to tow the establishment party line immigration reform, namely those dastardly Tea Party members of Congress like Gohmert, DeSantis, Mulvaney, and Huelskamp, are a bunch of pansies who believe the issue is too difficult to tackle head on.

Gohmert warns that Boehner and the rest of leadership in the House will face stiff opposition.

There are enough of us, if they do this, that will vote against anyone who takes this position…we can keep any of them from being Speaker in our lifetime.-Rep. Louie Gohmert

Representatives Huelskamp (R-KS), Jordan (R-OH), and Mulvaney (R-SC), are among some of the most active conservatives, who are railing against the GOP leadership as do-nothings, who are quick to negotiate with President Obama and Democrats, but not with members of their own caucus in the House.