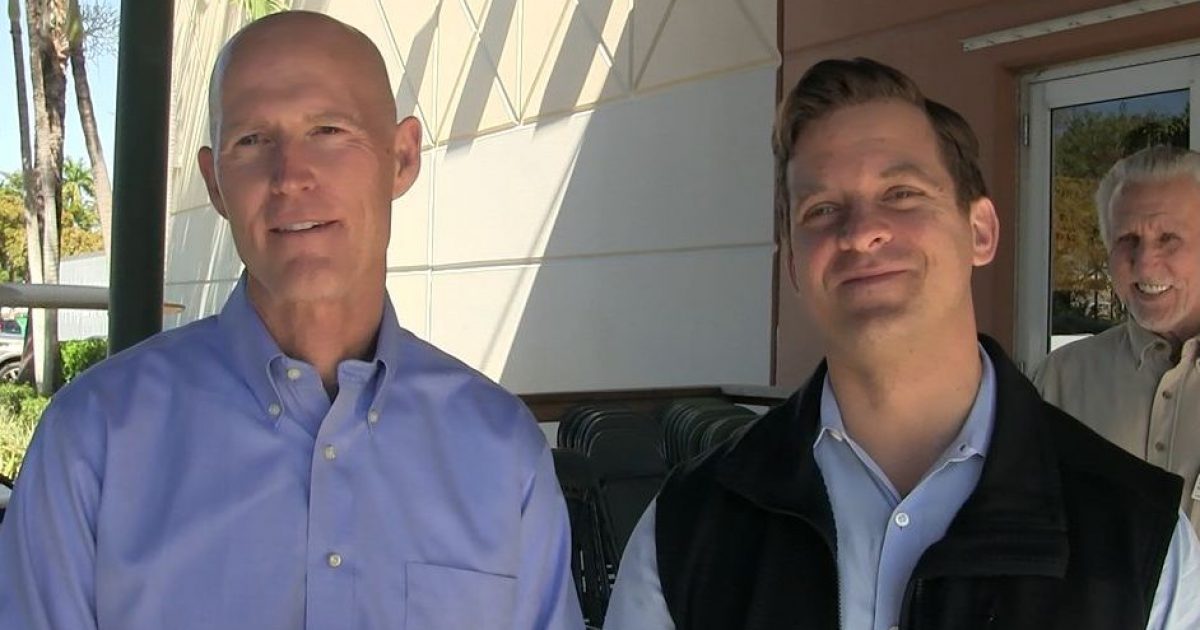 Florida Governor Rick Scott’s reelection campaign maybe raising millions of dollars in donations, but all is not well within the “Let’s Get To Work” camp.

The Miami Herald has reported that due to “weeks of behind-the-scenes disagreements” with Scott’s staff, the campaign’s finance co-chair and top money man, billionaire Miguel Fernandez, has called it quits.

Fernandez released his letter of resignation to Team Scott, which they in turn release to the public, stating how “proud of the team the Governor” had put together and how “confident” that he was the campaign was on a “course for victory.”

The letter can be perceived as political smoke-and-mirrors, because if Fernandez was so happy with the campaign, he would not have expressed his frustrations and concerns about the direction in which the campaign was going.

Fernandez began expressing his frustrations at least a month ago when he sent an email to top Scott allies and complained about two campaign aides who had joked around in a cartoon-style Mexican accent en route to a Mexican restaurant in Fernandez’s home town of Coral Gables.-Miami Herald

“To be fair to those people who I have criticized, I probably have overstepped my — or maybe their —comfort zone. Because I’m used to being the CEO,” he said. “Here I’m not the CEO. I’m a senior vice president at the most.”

According to several political insiders familiar with the current make up of Scott’s reelection team, and his winning 2010 gubernatorial campaign, the difference between the two camps is “night and day.”

Again, all fingers point to Scott’s chief of staff, Adam Hollingsworth as being the individual at the center of all the controversy and disfunction.
Late last year, it was known that Hollingsworth refused to consider former House Majority leader Carlos Lopez-Cantera for the Lieutenant Governor’s position, and only after pressure from close allies of Scott’s, and the Governor himself, did Hollingsworth meet with Lopez-Cantera about the job.

But the issues with Hollingsworth are broader in scope. The Herald’s reporting that Hollingsworth “helped minimize the role of Scott’s once-top political advisor,” Tony Fabrizio, could turn out to be a costly political move that will haunt Republicans, if Scott were to lose in November.

Fabrizio, was instrumental in Scott’s 2010 gubernatorial win, and as far as the press was concerned, Fabrizio ran an air-tight campaign that did not waiver from its carefully scripted message.

The same cannot be said about Scott’s current campaign. Why fix what isn’t broken?

With Scott trailing Charlie “Chameleon Crist” in just about every poll, the campaign and legislative office is finally trying to soften up Scott’s image amongst Floridians, but is it too late?

The tensions and drama arising from within the Scott campaign, can only be summed up as being nothing more than a daytime soap opera, are needless unforced errors that will eventually take such a toll on the reelection efforts, that someone will be forced to resign, and new blood -or perhaps some old blood- will be brought in to clean up the mess.