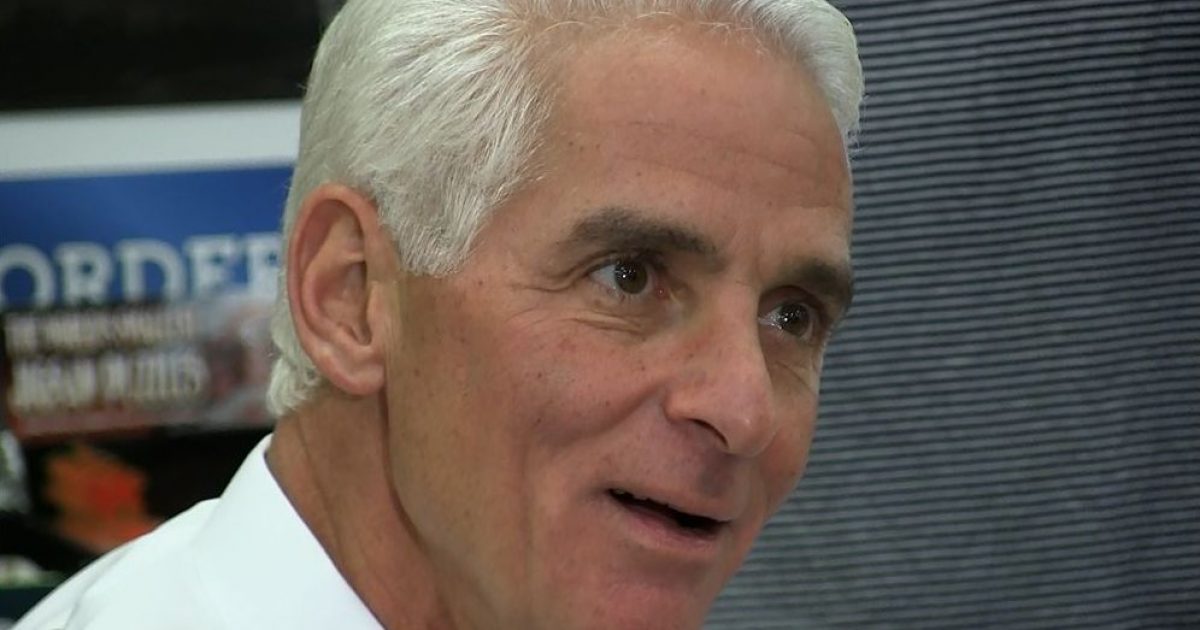 Continuing on his book tour around the state of Florida, former Republican-turned-Independent-turned Democrat Charlie Crist, returned to the Democrat stronghold of Broward County, in hopes to sell and sign more of his newly released book,” The Party’s Over,” in addition to rallying up more support for his 2014 gubernatorial campaign.

Crist said that it was “wonderful” to be back in Broward County, and his wife Carol, who is attached to Crist’s hip on the book tour, told several well-wishers,” we love Broward county, you are going to get sick of us.”

Mrs. Crist was obviously implying that the couple would be spending a lot more time in this donor and voter rich county of the state.

But while all went smoothly and according to plan, as far as the book signing went, protesters camped outside of the Fort Lauderdale Barnes & Noble made their way into the political gutter by yelling out disgusting and outrageous attacks against Crist.

The group of about twenty, some being associated with the Fort Lauderdale Tea Party, which still camps out on a busy street intersection every Saturday, looking more like homeless Occupy Wall Street protesters than anything else, decided that it was ‘OK’ to yell out, “Charlie, you look like an AIDS victim.”

Yes, among other dumb and insulting things they said, this vile statement was directed towards Crist three times as he exited the bookstore.


We all disagree with Charlie Crist’s politics. Because Americans have a First Amendment right to do so, some of us use a pen and a keyboard to raise awareness to Crist historic policy flip-flops, while others will prefer to hold up signs on a street corner and protest their disappointment and disagreement with Charlie.

But to yell out offensive remarks like this has no place in politics, let alone society.

Unfortunately, because AIDS patients tend to loose significant amounts of weight in the later stage of the disease, I will assume that this remark towards Crist was made to describe his noticeably thin physique.

This particular group, the Fort Lauderdale Tea Party, which does not represent the overwhelming majority of Americans involved in the Tea Party movement, is notorious for making these kind of insensitive, and in some cases racist comments.

Let me be clear. Not all of the group’s members are this ignorant, but unfortunately, a good number of them are.
0SHARES
360
SHARES
ShareTweet