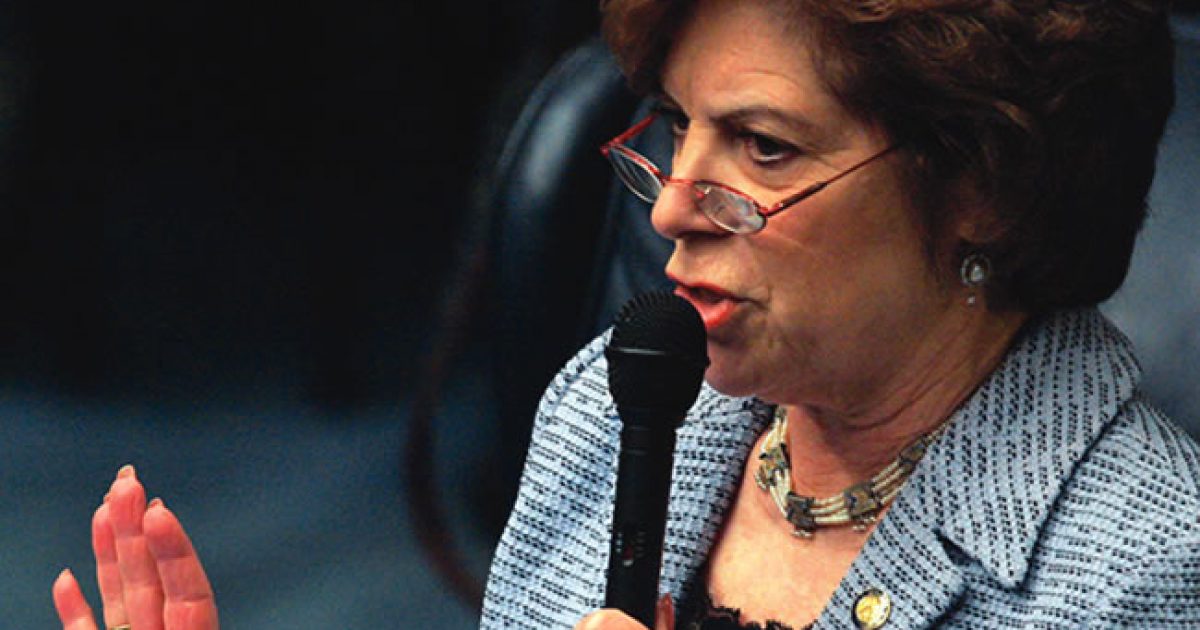 Former Florida state senator and current gubernatorial candidate, Nan Rich, is the latest Democrat to come out in favor of lifting the long-standing Cuban embargo.

Rich made her statement in front of students and supporters at the University of Tampa this past Tuesday.

“If you’ve done something for 51 years (and it hasn’t worked), we should try something else,” later adding, “I guess I look at the fact that we have ties, relationships with other countries that are equally in violation of human rights and we managed to do that,” Rich said in Tampa. “It needs to be looked at,” adding that that lots of exchanges could potentially occur between the two countries that could be beneficial for the U.S. economy.-Creative Loafing

So how will this affect her Democratic gubernatorial primary race against Republican-turned-Independent-turned-Democrat-turned-??? Charlie Crist?

While Rich’s position on U.S-Cuba policy is pretty clear, Crist is on record of supporting the embargo while he was Governor, but then reversed himself when he openly supported Obama’s call to ease travel restrictions to the island, when he decided to switch from being a Republican to an Independent.

While Crist has stolen all of the headlines away from Rich in the race, and is currently sitting on bigger pile of campaign cash than the former state senator, Crist fundraising prowess may have hit a snag.

The Sunshine State News posted an article outlining the decrease in Crist’s fundraising totals for January.

In January, a political committee backing Crist raised only $375,000. Further analysis shows an even starker picture: two donors alone made up $200,000 of the total.

Crist launched his campaign in November, around the same time the new maximum contribution limits went into effect in Florida. Donors can now give $3,000 to statewide candidates – up significantly from the previous $500 limit. Initially, Crist reaped the benefits of the higher contribution allowances. That month, he raised more than $430,000 from donors who gave the maximum contribution. But, that number plummeted in December, when the Crist camp received only $141,000 from max donors.

Has Crist’s well dried up? If this is the case, Rich, who has been having difficulty raising money, could seize on Crist’s downward campaign momentum, and possibly generate her own momentum, putting her in contention for the Democrat gubernatorial nomination.

Let’s not forget that the winner of the Democrat gubernatorial primary election will have to face-off with Governor Rick Scott and his multi-million dollar juggernaut of a campaign.

*NEW* BREAKING: Mexican Man’s Life Is Over After The FEDS Track Him DOWN And Discover THIS About Him
America's Freedom Fighters