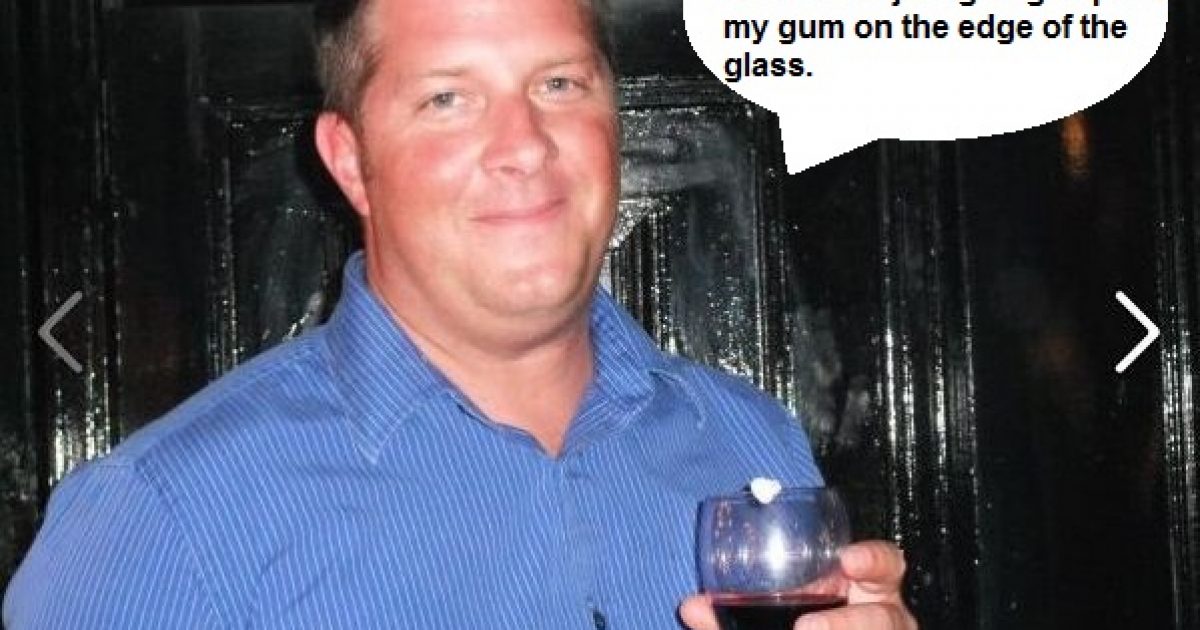 The lowly Broward Country-centric blog, Daily Broward, which also serves as a platform from the discredited Red Broward blog, and now questionable Sunshine State Sarah blog, seems to have found itself in a bit of a jam. Well, the blog itself hasn’t, but its main writer, and probable proprietor, Christopher Leggatt has.

Leggatt and his “close” pal, Tom Lauder, who helps run the obscure “Dirty Broward” blog, has had an unhealthy obsession against the only sitting Republican county commissioner, Chip LaMarca.

It seems like these two always seem to compelled to throw up just anything up on the blog to attack their fellow Republican. Ah yes, Lauder and Leggatt are Republicans, who regularly attend the local Broward GOP meetings, and have even managed to openly embarrass themselves in front of the committee with their baseless, and often times laughable floor assertions and protests.

But wait, both Leggatt and Lauder are also associated with Media Trackers, which is ironically an organization dedicated to uncovering shady media reporting and bias.

Perhaps Media Trackers needs to do a little internal auditing of their own before they continue to lose more credibility in Florida?

Back in 2013, we addressed what the Laurel & Hardy of Broward politics were up to in the Shark Tank story “Broward County’s Political Clapping Seal and Clown Act.”


Leggatt and Lauder hypocritically call out Republicans for donating to Democrats, or in LaMarca’s case,  for working along side with the 8 other Democratic Commissioners.

“And now both Leggatt and Lauder are being accused of doing the dirty work for Broward County Democrats with a vested interest in defeating Chip LaMarca, and are suspected of really being Democrats, not Republicans.

There could be truth to this accusation, as a source within the BREC has disclosed that he saw Chris Leggatt having a “very friendly” meeting with the openly-gay and former Broward County Commission Mayor Ken Keechl. Keechl is coincidentally running for the County Commission against LaMarca, again.”

Now there are suspicions being floating around that Fort Lauderdale Mayor Jack Seiler is behind the scenes supporting Ken Keechl over Chip LaMarca. Seiler is tied to Michael Ahern, who in turn has a close relationship with Chris Leggatt.

In 2012, Leggatt jumped onto the campaign payroll of Democrat School Board candidate Rochelle Solomon

Then there is Tom Lauder, who just this year, had a early morning meeting with Ron Gunzburger, son to commissioner Sue Gunzburger and general counsel to Broward Sheriff Scott Israel (D) who ousted Sheriff Al Lamberti (R) allegedly using the political tactics used by Gunzburger.

Always the first ones to cry foul against Republicans who aren’t in-line with their political views, the couple didn’t have a problem bringing Democratic activist and political operative Michael Ahern, to a recent Young Republican meeting.

Once again, there seems to be an underlying Democratic-driven ulterior motive for Leggatt’s and Lauder’s attacks against LaMarca, and their open support of Democrats within the county.”

Why hasn’t anyone filed a grievance to boot either one of these guys out of the local GOP?

Leggatt and Lauder are quick to point the finger at LaMarca and others, but not the finger is being pointed right at Leggatt himself.

It has come to my attention that Leggatt may have possibly commited (2) counts of perjury in contravention of Florida Statute section 837.012.

Leggatt has formally applied to be a private investigator and realtor in the state of Florida, and apparently lied on both those sworn to and notarized applications.

On July 2, 2012, Mr. Leggatt applied to  become a licensed private investigator in the State of Florida.

When asked the following question in the private investigator license application, which he signed under oath, “Have you ever been convicted or had adjudication withheld on any felony or misdemeanor in any jurisdiction?”, Mr. Leggatt responded “No.”  Click here for Document

Further, on April 4, 2013,  Mr. Leggatt applied to be a licensed realtor in the State of Florida.

As a part of the realtor application, Mr. Leggatt was asked “Have you ever been convicted or found guilty of, or entered a plea of nolo contendere or guilty to, regardless of adjudication, a crime in any jurisdiction, or are you currently under criminal investigation?”, Mr. Leggatt again answer “No.”  Click here for Document

Back in 2006 , Leggatt was found guilty of a 1st Degree Misdemeanor, as well as (7) other 1st Degree and Minor Misdemeanors for traffic offenses when he resided in the city of Elyria, Ohio.

Considering the gravity of these offenses, I have written a letter to the honorable Michael J. Satz, State Attorney for the Seventeenth Judicial Circuit, asking him to looking to Christopher Leggatt’s highly questionable actions.