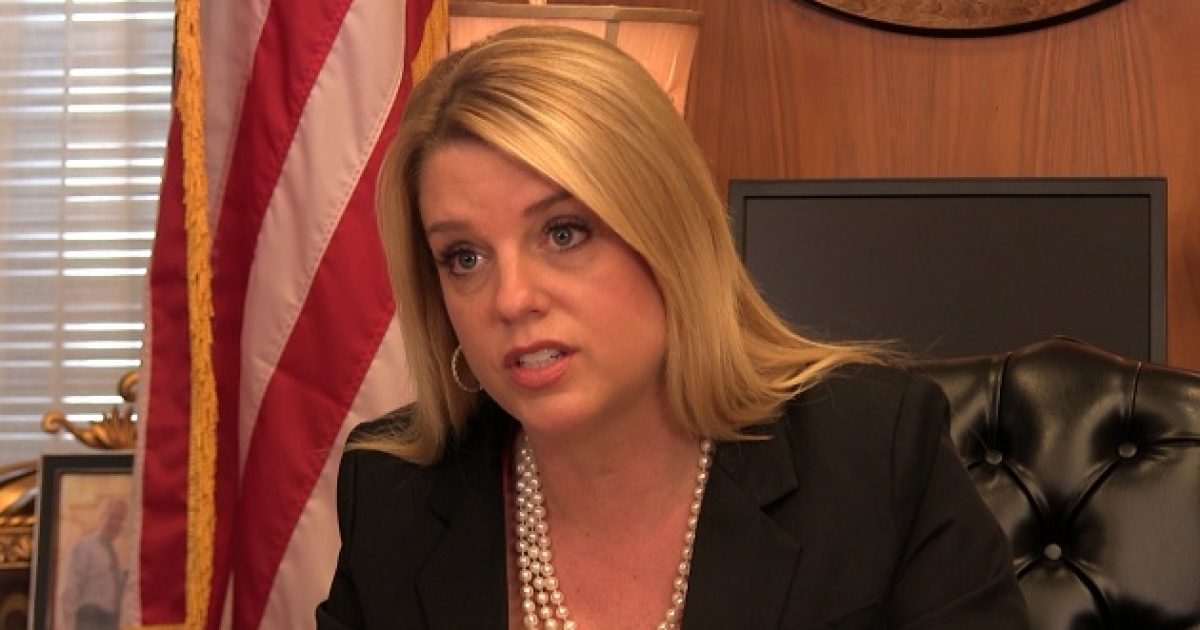 Florida’s Attorney General, Pam Bondi, continues to say no to pot, as she continues to press the left-leaning Florida Supreme court to scrap the legalization of medical marijuana measure that will be on the November ballot.

The initiative would allow marijuana to be used in several specified conditions. But it also includes a part that says it could be used for “any other conditions for which a physician believes that the medical use of marijuana would likely outweigh the potential health risks for a patient.”

Bondi, a Republican elected in 2010, said that language is too broad and will allow greater use of marijuana than the public has been told by supporters. She cited a scenario of a 15-year-old boy being able to get a marijuana prescription for a minor pain through a chiropractor as a possibility. She said voters are not getting a clear explanation of what they are being asked to approve.

“They need to know what they are voting for,” Bondi said during a joint meeting with the Sarasota Chamber of Commerce and the League of Women Voters of Sarasota.

The Republican-led Florida legislature is open to the idea of legalizing marijuana for medicinal purposes, and are trying to find a balance with the controversial issue.

Word to the legalizing marijuana lobby, quit smoking your own issue, and work with the legislature to find a solution that will benefit everyone.

*NEW* BREAKING: Look What Biden Is BUILDING In Poland After The DISASTER In Afghanistan… Are You F**king Kidding Me?
America's Freedom Fighters