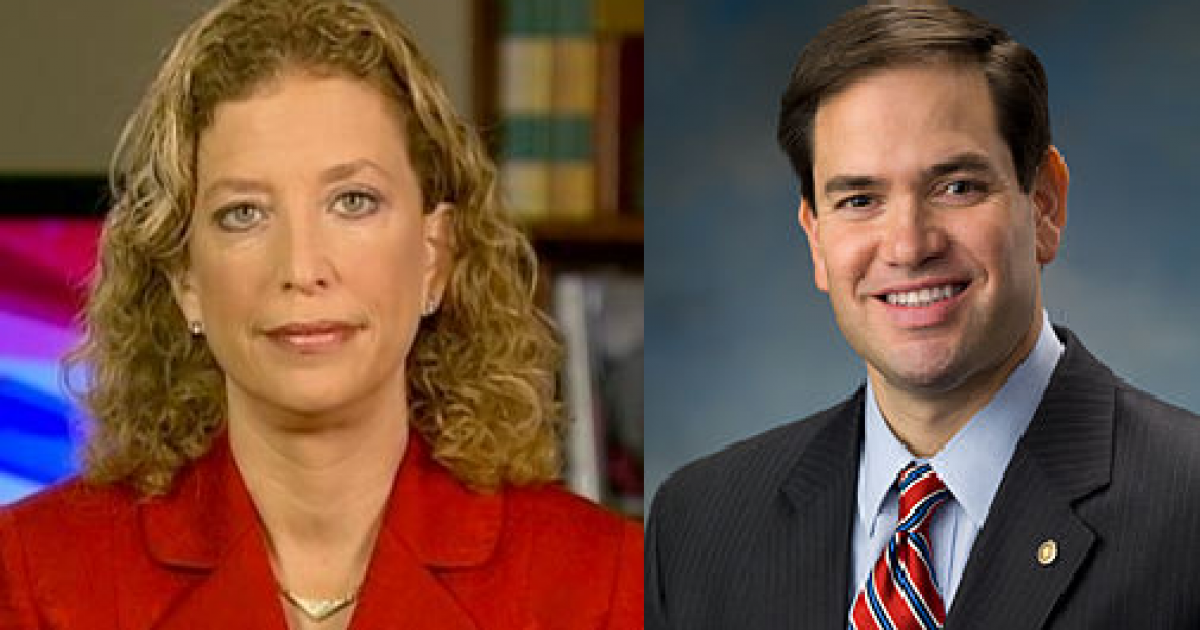 A source has told the Shark Tank that a  Florida political consultant  close to  Congresswoman Debbie Wasserman Schultz (D) has confirmed that Wasserman Schultz wants Senator Rubio’s Senate seat, and will challenge him in 2016, if he decides to run for re-election.

It has been rumored that ‘DWS’ has considered running for higher office, and has even discussed a possible run to be Florida’s governor. But just a few days ago, our source was privy to the conversation, in which Wasserman Schultz’s intentions were made very clear. She will run against Rubio in 2016.

A Wasserman Schultz-West Senate race would be nothing less than epic, as both are two of the most outspoken politicos in the country, not to mention that the two really dislike each other.

take our poll - story continues below
Completing this poll grants you access to Shark Tank updates free of charge. You may opt out at anytime. You also agree to this site's Privacy Policy and Terms of Use.
0SHARES
97
SHARES
ShareTweet