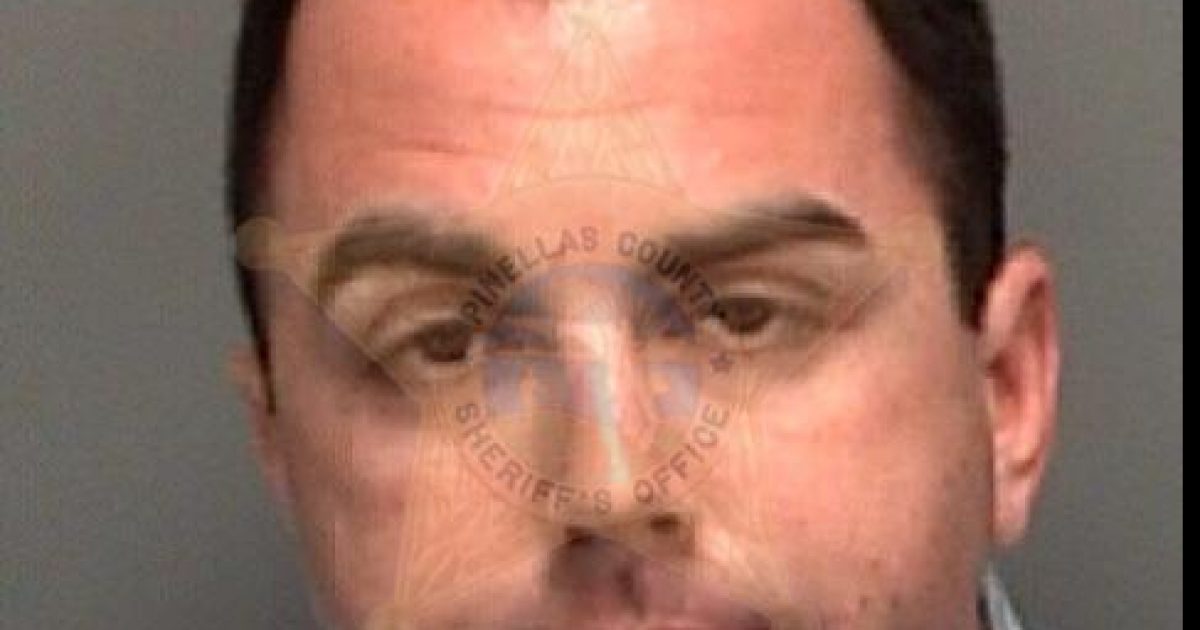 When the Communist Party needed a propaganda arm, they founded a publication called Pravda.  In the pre-revolutionary period, they moved the publication to St. Petersburg, Russia to begin firing away their pro-communist rantings.  The paper became the voice of the Communist regime and the term “Pravda” became synonymous with the propaganda the Communist party wanted disseminated to the masses- think Baghdad Bob for the Bolsheviks.

Comically enough, “Pravda” means “truth” in Russian.  The “Pravda” of the State of Florida is Saint Petersblog, or perhaps more appropriately, Saint Pravdablog.

You may have read about the problems that Peter Schorsch has had of late. Schorsch has recently been called out for his racially divisive remarks as well as his past criminal record defrauding Publix Supermarkets by passing 16 bad checks, among other things.

If you’re not up to speed, be sure to read this blistering account by his hometown paper, the Tampa Bay Times-HERE

It is a doozie.  The Times focuses on Peter’s willingness to possibly participate in the political blackmail of writing nasty stories ABOUT CANDIDATES and pulling them if they paid him money.  In the era of Google, having his blog blast you can make for an uncomfortable conversation if a potential employer, client, voter or for that matter a future spouse were to find your name in there.

It is no secret that I believe Peter Schorsch is a fraud and a petulant, attention-craving little boy who thinks he can bully people into political submission.

The Times does a decent job of finding some candidates who were willing to accuse in detail that Schorsch will say what you want if you pay him to say it. Schorsh allows candidates to shill for themselves on his blog provided they pony up the cash- this pay to play scheme really makes for some uninteresting copy, to say the least.

Schorsch’s associations and partnerships should ring warning bells for the Republican Party. He is aligned with GOP State Senator Jack Latvala and his mini-me son, Chris, who is currently running for the state House.

In addition, Schorsch is also in bed with so-called Republican political consultants like Latvala and Anthony Pedicini of Sarasota, who is currently working on the state House campaign of Richard “Dick” DeNapoli.

DeNapoli is running against the only conservative Republican in the race, Orthopedic surgeon Julio Gonzalez.

However what is much more interesting and yet hardly detailed AT ALL by the mainstream media is that Schorsch’s blog has become an attack dog for lobbying firms and likely many companies that pay him money and use his blog’s notoriety to promote their stories.

Marc Caputo won’t write about you (favorably)?  Schorsch will.

Steve Bosquet attacked you, and you need some help getting out of trouble?  Call Peter.  He’ll do it— for a price.

There is no more obvious a case in point than Southern Strategy Group.

I have been keeping up with this firm as of late.  They seem to have gotten themselves in trouble— at least that’s what I’ve read.  I’ll be really honest with you and say I don’t really know and I don’t really care if they’ve done what they’ve been accused of doing (i.e. inflating compensation reports, getting fired by clients for working against them, operating a ponzi scheme, etc).  So this isn’t me piling on their woes there.

Unfortunately, there is no more likely explanation for Schorsch’s suspected newfound revenue than them.  So guys, I’m sorry for kicking you while you are down, but this story needs to be told.  Exposing their arrangement doesn’t require Woodward and Bernstein and you most certainly don’t need a Deep Throat on the inside to figure it out.

Just check the boy’s Twitter and search his site.

On August 25, one of Schorsch’s tweets thanked the Southern Strategy Group for being one of the first advertising partners of Context Florida, Peter’s online forum.  Since then, he has done nothing but shill for the firm.

Now I don’t want to revisit the allegations set forth by other blogs, but to explain what happened next, you need a little bit of context.  I haven’t researched it enough to offer my own analysis, but here’s what some people are saying about it:

This is a particularly brutal, and detailed explanation-HERE

So for whatever reason (again, I am not judging and really don’t care), it looks like SSG is inflating their reports.  Normally a victimless crime, their shareholders could get skittish and blow the whole thing up, so they need someone to tell their side of the story.  A protector.  A propaganda arm.

Shortly after the alleged check to Schorsch is cashed, guess who comes out saying the law should be repealed?  Yup… you guessed it:

Out of the gate, Schorsch says damn the law, repeal the lobbyist compensation reports.  You know… the same reports that have SSG in trouble.  The same ones they are using to prop up their revenue statements.  The same ones they rely on when they encourage people to buy stock.  Yeah, those…CLICK HERE


He sure didn’t seem to mind the disclosure when he wrote this glowing piece talking about how SSG’s revenues were up 33%.  This report, by the way, is what got them in trouble in the first place.

So Schorsch wants to aid and abet the efforts of one firm to skirt some much needed transparency. Turns out there is honor among thieves— if you buy enough advertising.

Nobody writes more about lobbyist compensation than Schorsch.  Nobody cares more.  Yet now he, OF ALL PEOPLE, wants to repeal it?  I’m pretty sure Schorsch would be balled up in the fetal position begging for breast milk if this law ever got repealed.  What would he write (copy and paste) about 80% of the time?

Now it looks like SSG is about to get caught.  If all your clients were heading for the exits and you now have to start detailing what you actually bring in, what is one sure fire way to get the numbers back up?  You buy up a firm, which is exactlys what SSG did.  They merged with Fearington and Smith.  Here is Schorsch’s take on that.

Now far be it from me to knock people who are working hard, but who is he kidding with this crap?  “In a blockbuster deal sure to turn heads…”  Blockbuster deal??  I mean, really.  If an honest, impartial evaluator were to list the top 100 lobbyists in Tallahassee, would Clark Smith or Mercer Fearington be on that list?

If Southern Strategy Group merged with Ron Book’s operation, the words BLOCKBUSTER DEAL would apply.  But this one?   This is closer to “grabbing a middle reliever off the waiver wire” than it is “signing A-Rod for a quarter billion dollars”.

What is the signature accomplishment of either of these— ever?  Who are their marquis clients?  They have a roster, but is it good?  Is it a top 25 firm?  A top 50?  And yet Peter tells us that this is THE SUBJECT of conversation at cocktail parties and in FSU luxury boxes throughout Tallahassee.  If Schorsch had any credibility in the first place, this brown-nosing report would have taken away whatever cred he had left.

Schorsch would have you believe that the heavyweight lobbying forces of Florida have laid down their arms and joined forces to come up with a game plan on how to handle this unstoppable mega-firm.  Tensions are high.  Despite the room temperature being quite reasonable, perspiration is everywhere.  “HOW WILL WE STOP CLARK AND MERCER AND SOUTHERN TOGETHER?” they demand. A big “LOL” is appropriate right about now.

I could go on and on with this, but I recommend searching the evidence yourself. Do a search on Southern Strategy Group.  Look and see the precipitous uptick in glowing coverage after he thanks them for “supporting him”.

There are some great tweeters in Tallahassee.  Schorsch would tell you that we are privileged… PRIVILEGED I SAY… to be able to read the SSG Twitter feed.

Finally, the Sunshine State News service did a ranking of lobbying firms.  They listed SSG at #8.  Now maybe this is spot on and maybe its way off, but I don’t know, don’t care, and I’m betting they used a different methodology to get a different outcome to get people talking.

Schorsch is BESIDE HIMSELF at this humiliating, low-ranking.  Anticipating a shareholder revolt, Schorsch readies the defenses:

HOW DARE YOU, ONLINE NEWS SOURCE… HOW DARE YOU SUGGEST THAT A FAIR WAY TO ASSESS THE POTENCY OF A LOBBYING FIRM IS TO TAKE TOTAL REVENUES AND DIVIDE THEM BY THE NUMBER OF EMPLOYEES???  THE INHUMANITY OF IT ALL!!!

Schorsch comes to the rescue, explaining that this novel approach is an insult to all that is right, and good, and just, because, well, Southern Strategy Group pays pretty well.

Do you see the pattern here?

There are plenty of columns on there about companies, clients and governmental entities that are represented by SSG that get the white glove treatment as “play” in the perceived “pay-for-play” scheme afoot here, but I hardly think it is fair to call them out when it is likely they don’t even know.

Just know this much – Pay for Play is what Saint Petersblog is perceived to be all about.  It is true for candidates as well as for lobbying firms. A couple of his past potential advertising clients and a current client have confirmed to me that these accusations made against the little boy are accurate.

And remember this – if the house of cards that is Southern Strategy Group comes crashing down, Peter Schorsch and the Saint Pravdablog will be as responsible as anybody for propping them up.  To their employees that lose money, have massive debt and nothing to show for it, you will have Komrades Paul Bradshaw and Peter Schorsch to thank.

If you read a story on his blog about that firm or their clients and it tries to convince you how great the client is… or how well the firm is doing… or how impressive a merger is, you can know, with 100% accuracy, that those kind words are bought and paid for like the turkey on your Thanksgiving table.

When the mainstream press— aka Schorsch’s buddies at the Tampa Bay Times dial in to the lengths and depths of this kind of pay-for-play, they will find a lot more than I did in my quick assessment.  When those papers call unwitting clients asking for comment on allegations that they are paying for slanted, one-sided propaganda via their lobbying fees, their reactions will be interesting.

Will Schorsch detail how much SSG has paid him and ContextFl?  Will he tell the world how much this luxury package of goodwill and protection costs?  Will SSG rise to the challenge?  Will either attempt to prove their integrity or come clean?  More likely, they will hide behind the veil of some of the seediest pay-for-play activity yet.

It’s probably time to call another SSG shareholders meeting, guys, because in this situation, the “Pravda” hurts.