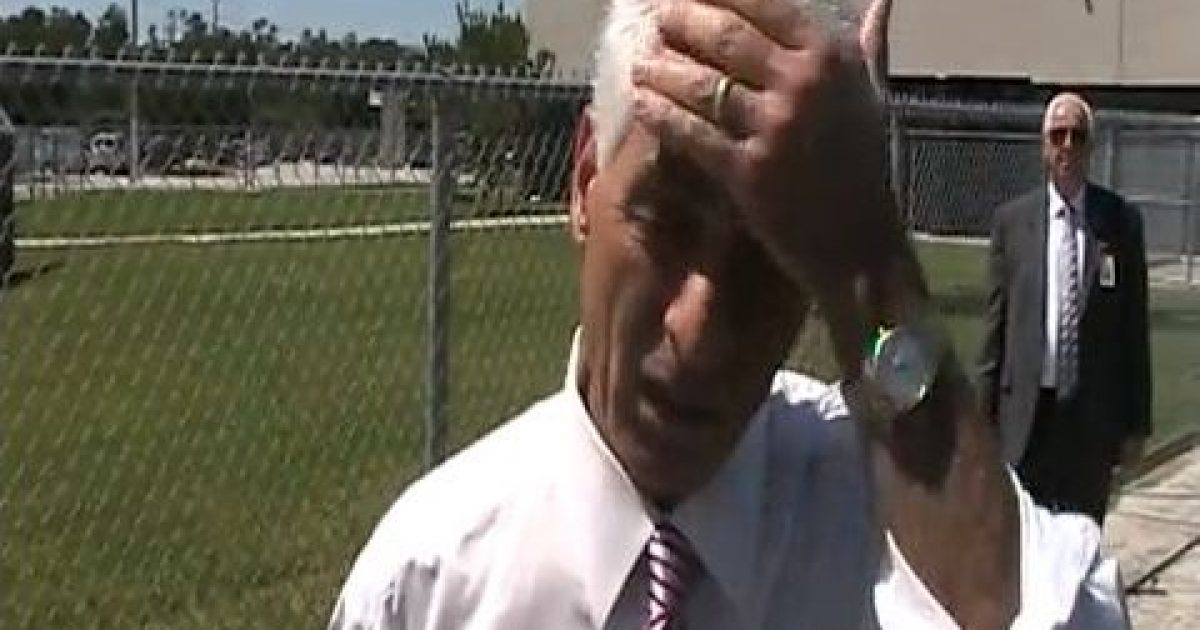 The first annual Miami-Dade Democratic Party Blue Gala event that was held this past weekend, was attended by the two Democratic gubernatorial candidates, former Republican Governor Charlie Crist, and former State Senator Nan Rich, who doing what politicians do best, panning for dollars and support.

At the beginning of the evening, the consensus about the Democratic gubernatorial candidates among the Democrats in attendance was that they were still divided, as to who they would support. True liberal Democrats favor Nan Rich, and the more moderate, less liberal Democrats seem to have reservations about trusting someone who had been nothing more than a political chameleon over the past several years.

Crist made cameo appearances to the two receptions taking place before the gala dinner, before making a quick exit, citing that he he needed to get up to Pensacola Florida for a fundraising event.

We caught up to our old friend Charlie, where both of us acknowledge one another by “hugging it out” for old time sakes, and exchanging pleasantries, before discussing his campaign for governor.

Crist agreed that this would be a very “interesting” race, to say the least, and that he was focused on really focused on his current campaign.

I asked Meek about what Crist candidacy, and all Meek  did was take a quick pause, smile, and tell me that the Miami Dolphins won. Word is that Meek is trying to sell a possible Senator Bill Nelson gubernatorial campaign Democratic donors and supporters.

Broward County Democratic Party Chairman, Mitch Caesar, believes that Rick Scott will help unify the Democratic Party against him. Caesar also thinks, as I do, that this will be the ugliest, most expensive gubernatorial race ever. (Video)

During the night’s festivities, former State Senator Nan Rich, took some time to speak to the Shark Tank about her campaign, saying that Crist was the one who decided to run against her, as she was in the race first.

Rich says that she is focusing on  her statewide grassroots campaign, which is solely aimed at running and defeating Republican Rick Scott,  has thus  far racked up 230 individual visits to Democrat clubs and supporters around the state of Florida,

Just so you know, Nan Rich does not like Crist either.

Crist is “for the people,” while Rich is “going to the people” to make her case as to why Democrats should vote for the only  true blue progressive candidate, who is also  the only pro-choice candidate on either side,  that wants “sensible gun registration.”

For me is letting people know the differences between the two of us, in terms of our positions.  I have not changed  my position in my  twelve years in the legislature.-Nan Rich

Rich added that she was a “lifelong Democrat” that believed that “in the end, when people look at the credentials” that both she and Crist will bring forward in a Democratic primary, her candidacy be perceived as being “stronger and more progressive,” and believes that Democrats are looking for exactly that.

Rich says that Scott is just raising money from special interest all over the state of Florida,  that have business before that legislature”

Rich on the Republican Party of Florida daily pummeling of Crist

The Republican Party is going to do what they want to do. They obviously don’t care for him, he was a Republican, and as a Independent, and now he’s a Democrat, I have no control over what they do.

More body blows and kicks to the Charlie’s head

He has reversed his position, I find it hard to believe that people have trust (in  you) when you change all of your positions.

I have called for debates.  People need to know what a candidate’s positions are, what they were, what they are today. Obamacare is one that Charlie has had a different position on.

What is he for? He needs to tell the voters where he is now (Obamacare)

In the end, Democrats will move to the person that has had a solid life-long record on these issues, that represents their core values and principles

Will Charlie Crist come out and state where he now stands on the Affordable Healtcare Act?