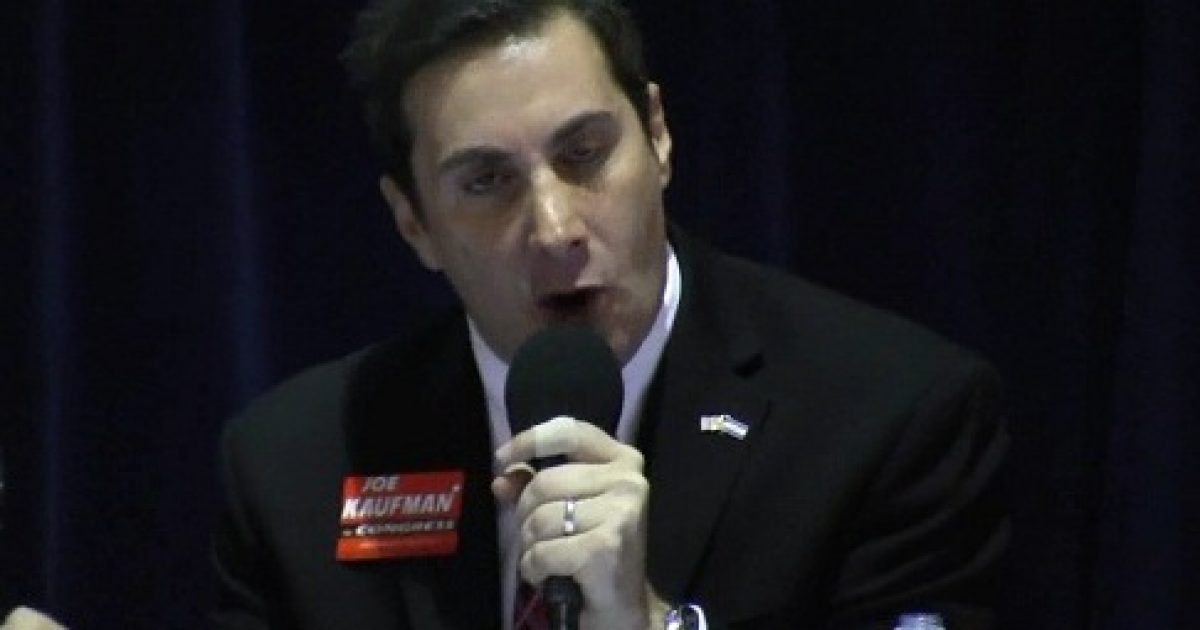 Kaufman, who lost the primary to Karen Harrington in last year’s congressional race against Debbie Wasserman Schultz, has announced his intentions to run again in 2014. His candidacy is considered a long shot against Wasserman Schultz by many political insiders and consultants in Broward County. His highly polarizing and divisive rhetoric has been a turn off to the Broward electorate as a whole, resulting in a staggering 32 point loss to Harrington in the 2012 Republican primary election.

Harrington,who would go on to raise over 2.1 million dollars and challenge Wasserman Schultz on her own turf, did not receive the support the establishment GOP, or from Kaufman, who refused to endorse or support Harrington, choosing personal animosity over the better of the community. Kaufman has a mere 64 thousand dollars cash on hand with over 88 thousand in debt owed by his campaign.

Kaufman, who is Jewish, has previously declared that it “takes a Kaufman to beat a Wasserman”, a highly offensive remark that was publicly rebuked within the orthodox Jewish community.

Just today, Kaufman took to Twitter and Facebook – unleashing a barrage of insults on Israel and it’s government. Kaufman has called Israel both “weak” and “pathetic”, accusing them of trying to “impress” both Kerry and Obama.

Such inflammatory and anti-Israel rhetoric by a political candidate is uncalled for and highly dangerous. Kaufman should not be attacking Israel for undertaking actions to further the peace process. But what would you expect from a man who makes a living off of the Middle East Conflict.

Meanwhile, Kaufman’s opponent, Juan Eliel Garcia, a highly popular Spanish language radio host,  is currently on his highly publicized  tour of Israel. According to Garcia’s campaign, this tour was planned to to express Garcia’s unwavering support for Israel’s sovereignty and right to master their own domain.