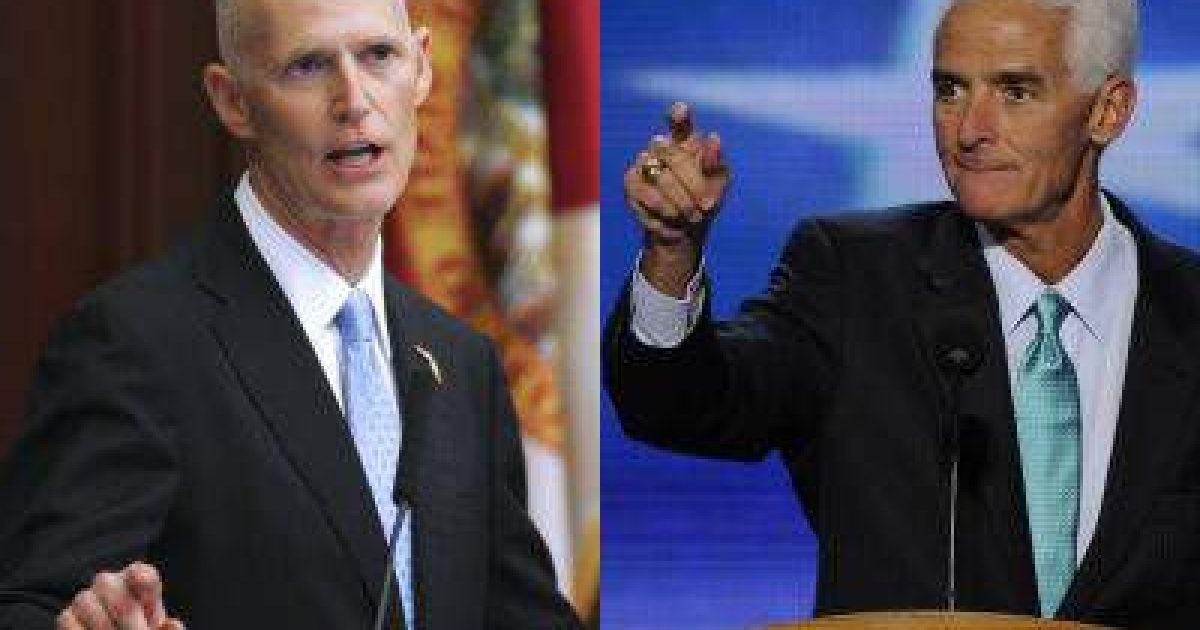 During his most recent tour around the state of Florida to gauge whether or not he should run against Florida Governor Rick Scott in the 2014 gubernatorial election, former Florida Governor Charlie Crist is said to have  told a group of Black leaders  that he will announce his candidacy  early October.

Crist’s supposed announcement came during a close-door meeting in Fort Lauderdale, Florida, over the Rosh Hashanah holiday. The former Republican-turned-Independent, and now Democrat, has been looking to get back into politics since he was trounced in the 2010 U.S. Senate race by Marco Rubio.

If Crist jumps into the race, as he is expected to do, he will surely face a very contentious Democratic primary race,which will most likely leave him beat to a pulp, that’s if he survives. Were he to make it out of the Democratic primary, he could be dead on arrival in the general election against Scott.

Will Charlie Crist answer the million dollar questions posed to him by Florida Speaker of the House, Will Weatherford?

Meanwhile, Scott is still looking to appoint someone to the Lieutenant Governor position. Does Crist have a chance in beating Scott?