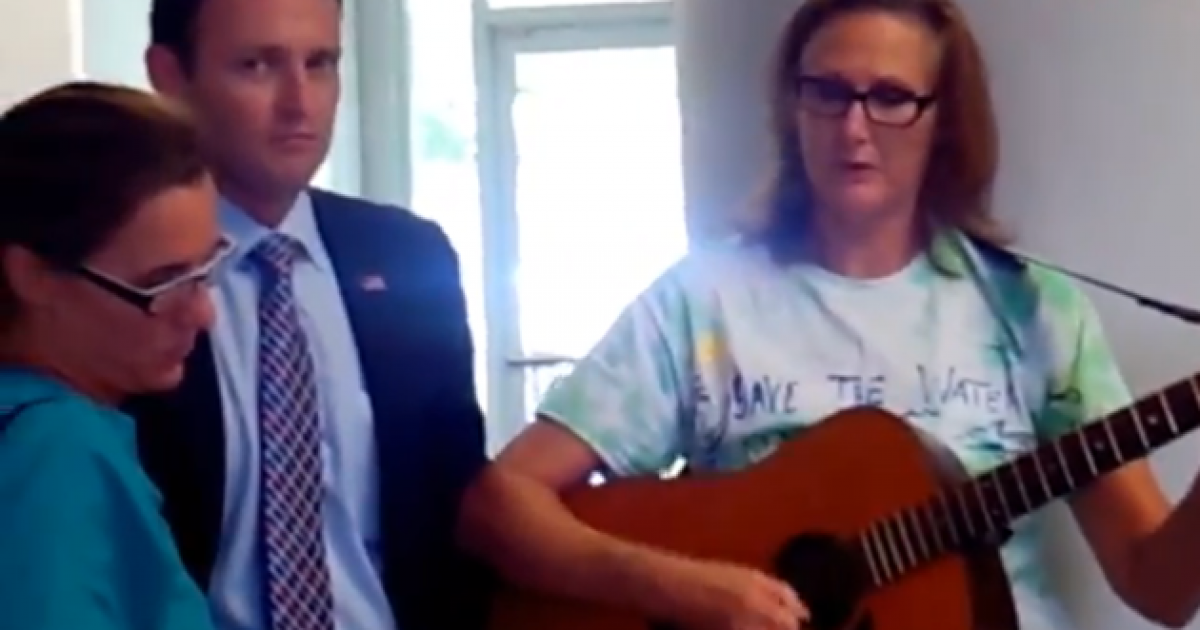 My amigo Ben Howe found this really weird and embarrassing kumbaya video moment for Congressman Patrick Murphy, which makes the case for  why elected officials need to vet their handlers before they are hired. Murphy’s staff let in a ‘Hipster/Treehugger” who proceeded to belt out an environmentally-friendly song at one of Murphy’s meeting with environmentalist activists in Jupiter, Florida.

The not-so-MTV video, showing Murphy standing their holding the lyrics to the music. You can tell Murphy was not amused.  He later remarked that there was “much talent in the district.”

What could the poor guy do, he is strapped to his liberal Democrat base? These are the liberal crazies that helped him narrowly beat Congressman Allen West in 2012, and are the core of the support for Murphy’s bosses, President Obama and Congresswoman Debbie Wasserman Schultz.

Murphy is running for re-election, and in October, a big-named Conservative grassroots Republican will announce he will be running to defeat Murphy 2014. Stay tuned…