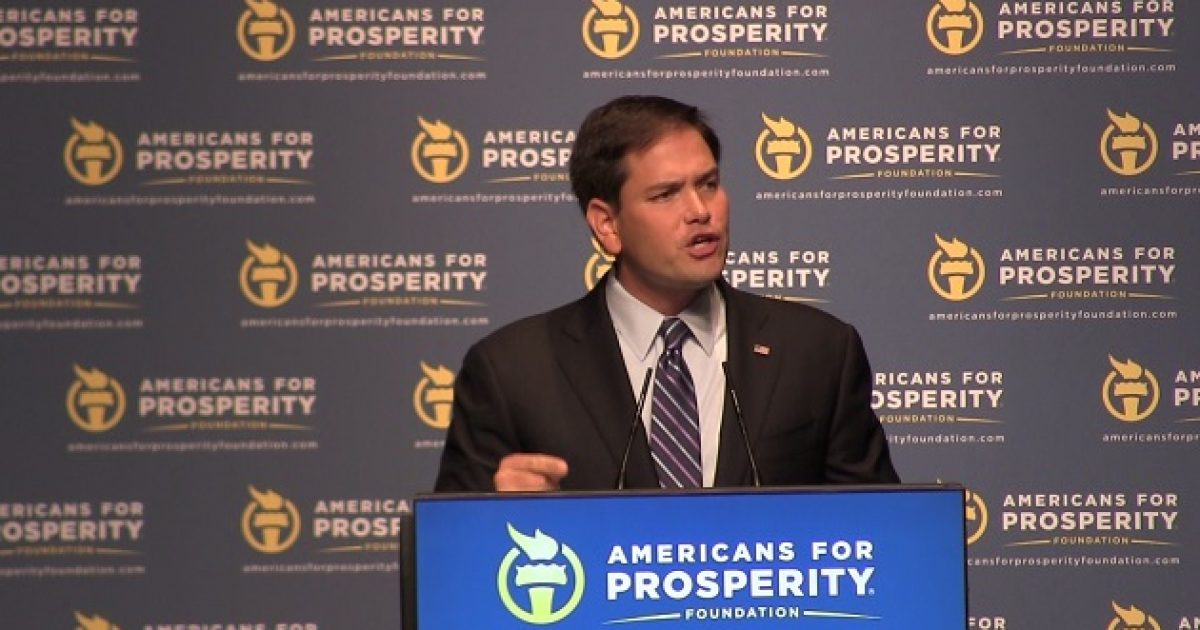 Amid being booed and heckled by a small group of detractors yelling out “No Amnesty” during his address to the Americans For Prosperity annual gathering in Orlando, Florida, Senator Marco Rubio was welcomed with open, yet cautious arms by grassroots activists from around the country, who converged on Florida for AFP’s annual summit.

Rubio received several standing ovations during his speech, but the time where he received the greatest praise, was when he denounced Common Core, an issue critically important to his grassroots base of support.

Rubio first openly stated that he was against a nationalized education system about a month ago, putting him at odds with his mentor, former Florida Governor Jeb Bush.  According to several sources that are in-the-know, the Bush people are not too happy with Rubio’s anti-Common Cores stance, and may have already reached out to Rubio expressing their disapproval

Bush has been a strong, if not the strongest, supporter of the controversial national education standards curriculum.

One of Rubio’s loudest detractors on immigration reform is author and Fox News Contributor, Michelle Malkin, who says that “she welcomes his new found passion for opposing Common Core,” but still has reservations about Rubio’s true motive behind his opposition of this issue she has been railing against.