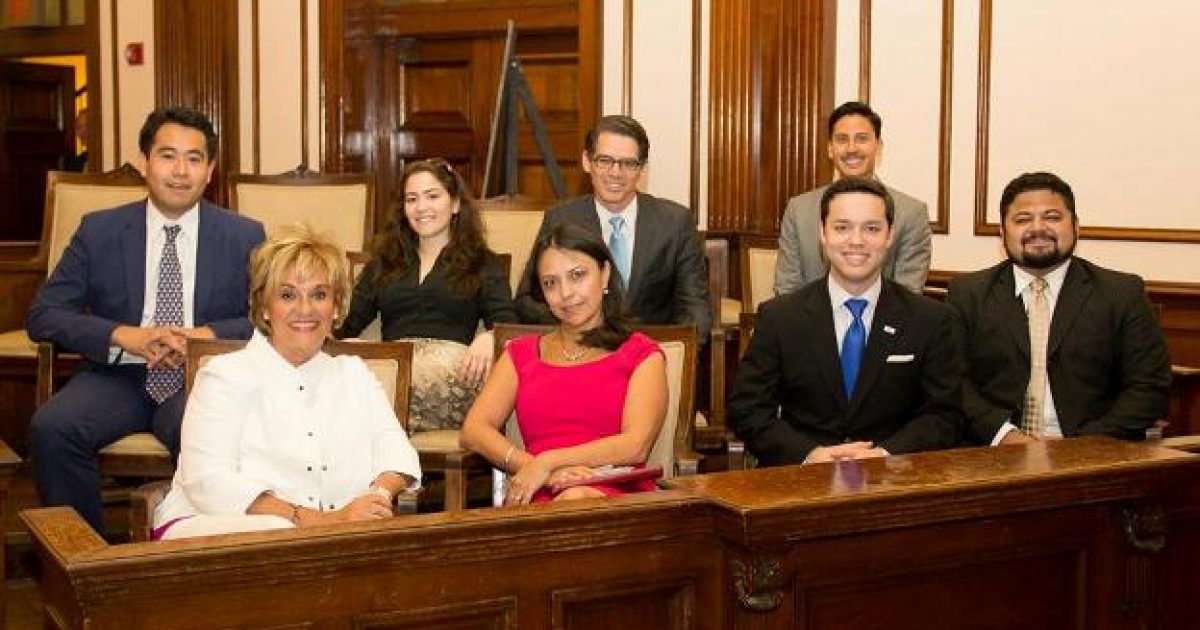 In an old downtown Orlando courtroom where Ted Bundy once went on trial, the Orange County History Center recently welcomed a number of conservative organizations for their latest stop in a nationwide tour, “Issues that Unite: Latinos and Conservatism.”

Sponsored and organized by The Leadership Insitute, The Faith and Freedom Coalition, The Heritage Foundation, Libre Initiative, Voces Action and Voto Honesto, representatives from each of these organizations have been traveling across the country visiting cities from coast to coast including Las Vegas, Denver and Albuquerque to name a few to argue why a marriage between Hispanics and the conservative movement is possible.

A skeptic would be quick to point to last year’s drubbing conservatives received with the Hispanic vote as proof that this is a tall order. Indeed, every speaker was quick to remind the more than 100 attendees packed into the old Orlando courthouse that conservatives have considerable work to do if they have any hopes of capturing a bigger share of the Hispanic electorate – the fastest growing demographic.

As one of the speakers in the tour, I’m incredibly proud to be a part of this national effort because it’s important that conservatives finally start walking the walk engaging the Hispanic community in a meaningful and sustained way.

The common thread in each of the stops has been the idea of asking conservatives to see the growth of The Hispanic electorate as an opportunity, not as a threat. Although it’s true that conservatives lost much of the Hispanic vote in last year’s election, what’s less known is that about half of the eligible Hispanic voters sat out last year’s presidential election, seemingly uninspired by either candidate.

But what may be less known among Hispanics is that its been conservative policies put in place by conservative lawmakers, including expanding free trade and a reduction of corporate tax rates and regulations that have actually created the conditions to create economic opportunity.

Beyond economic freedom, conservatives have an opportunity to connect with the millions of Hispanics that are religiously affiliated and of faith according to the Faith and Freedom Coalition.

Brittney Morrett from the Leadership Insitute was quick to point out when presenting next that we should resist making this assumption about Hispanics because conservatives could use this as an excuse not to fight to get their vote. And as part of the largest grass roots conservative Hispanic organization, Brittney has been traveling across the country meeting with young Hispanics preaching the gospel of economic freedom. Brittney pleaded for an aspirational message in order to capture the hearts and minds of young Hispanics. Rounding up the presenters was Adryana Boyne, a fiery and passionate speaker from Dallas, Texas that dispelled the idea that conservatives should avoid participating Spanish language media because of a fear that we would be discouraging Hispanics from learning English and assimilating into the mainstream. Rather, according to Boyne, conservatives should embrace every opportunity to participate in Hispanic media interviews as a way of directly connecting with Hispanics.

Indeed, with the joint ABC-Univision venture, Fusion, launching in the fall, it seems like conservatives will have even more opportunities to connect with English-speaking Hispanics in the United States.

I’m convinced that conservatives have a compelling narrative to expose the Left’s failures in creating jobs and expanding economic opportunities to Hispanics in the United States. I’m hopeful that the movement will overcome whatever trepidation we may fear and proudly talk about why the free market and increased freedom is truly the best antidote to cure our country’s ills.

Israel Ortega is the Editor of Libertad.org the Spanish language page of The Heritage Foundation.  Ortega can be followed on Twitter: @IzzyOrtega