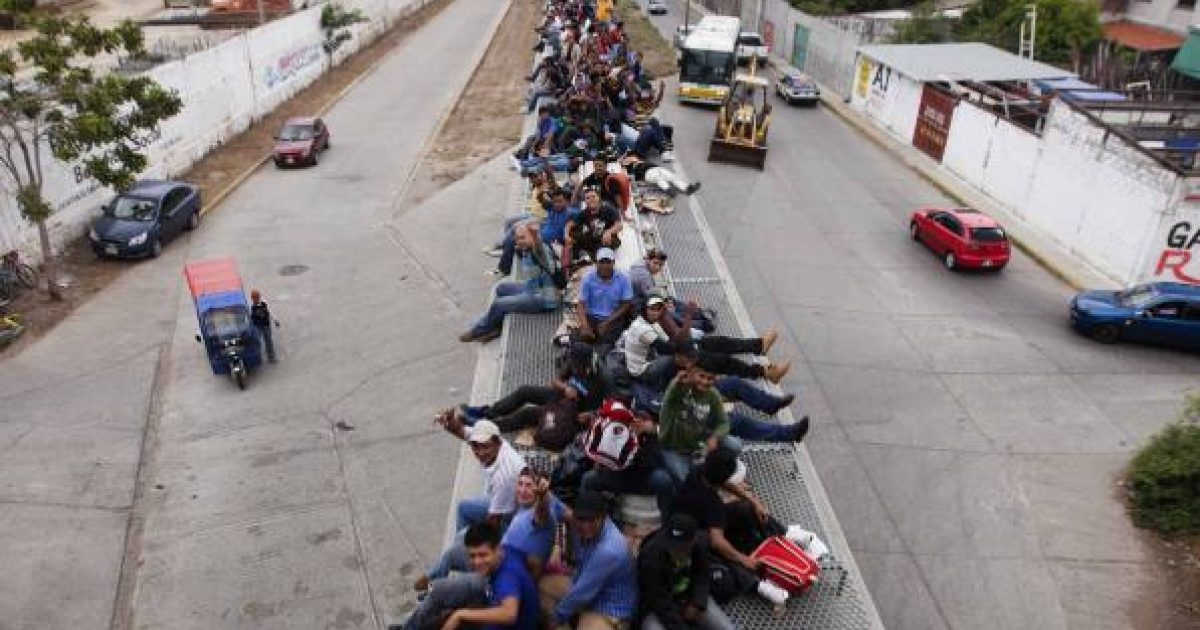 Aljazeera/Current TV recently filmed an investigative report into a train named ‘the beast’ that originates in Honduras and transports illegal immigrants through Mexico, where they position themselves to cross the U.S.-Mexico border, in hopes to find work in the United States.

That train has derailed in Mexico, killing 6, and leave many other injured. What is worse, armed Mexican bandits have been extorting, robbing, kidnapping and raping those Central American immigrants trying to make it through Mexico.

Witness accounts offered a close-up look at the horrifying conditions faced by the tens of thousands of Central Americans who cross Mexico in increasing numbers in hopes of finding work in the U.S-Fox Latino

Over the years, countless Mexican and Central American immigrants have fallen prey to the ‘death’ train, many losing limbs, after falling of the top of the railroad cars, and onto the tracks.

The rescue effort continues at the derailment site, where officials expect to find more bodies.