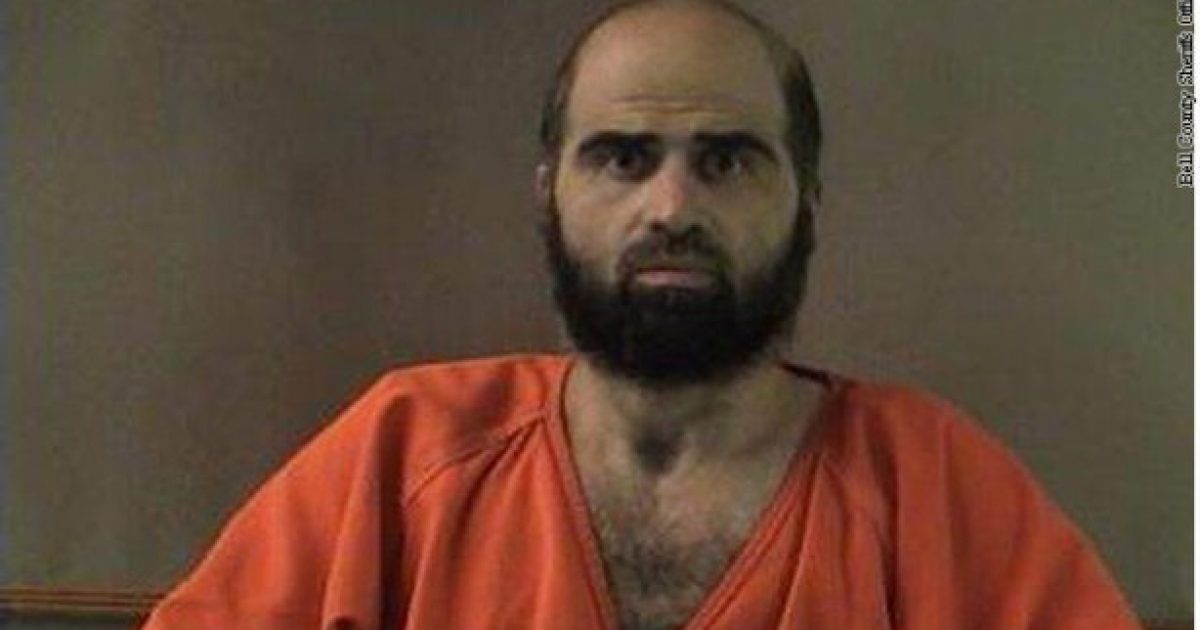 Terrorist Nidal Hassan has been found guilty on all counts of premeditated murder, and will likely face the death penalty, once the sentencing phase, which will begin on Monday, ends.

A military jury deliberated for roughly one day before announcing the verdict.

Hasan sat emotionless, stroking his beard as the verdict was delivered.

Hasan, an Army psychiatrist, had acted as his own attorney at the 13-day trial, but questioned only three of nearly 90 witnesses and presented only a single piece of evidence in his defense: an evaluation from his boss that called him a good soldier. He also chose not to make a closing statement.-Fox News

The stage is set for Hassan to be executed, as the only hold up would have been if the jury did not unanimously find him guilty of murder. As we stated, they did.