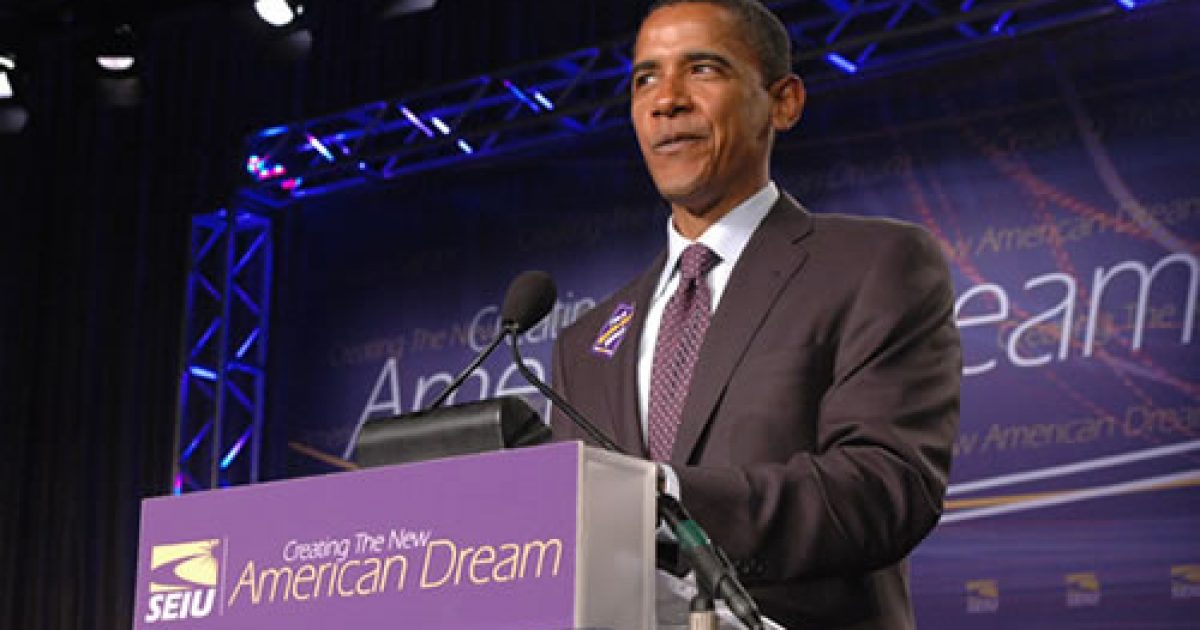 SEIU Officially Enlisted As ‘Navigators’ To Assist With Obamacare

The heavy-fisted SEIU is “contracted with federal authorities as navigators” and have joined the fledgling Enroll America program, which is trying to lead the healthcare law enrollment efforts, in signing Americans up for the Affordable Healthcare Act.

We recently documented that Enroll American program is having difficulties getting anyone to attend their scheduled events.

After Florida Governor Rick Scott and his cabinet expressed their concerns over the personal information that these ‘navigators’ would be collecting from those people signing up for Obamacare, SEIU and other groups in support of Obamacare decided to flex their muscles in opposition to Scott’s concerns about the vital information being gathered.

“The governor of a state with more than 4 million uninsured should not be discouraging people from getting care” Monica Russo, SEIU (Palm Beach Post)

Scott told reporters after his recent cabinet meeting that it was unclear what all this personal information was going to be used for.

It is surprising that they can’t have an insurance background, that’s surprising. Scott added, my concern  is the we don’t have control over how the data is going to be used, as you know privacy has been a big issue for me. I’m concerned about privacy, we don’t  know how this information is going to be used . I think we are all a little bit surprised about how much data is being tracked by the federal government-Gov. Rick Scott

The SEIU, whose mission is to create “a more just and humane society,” has been making the hard sell to its members to support Obamacare on the union’s official website. In 2007, SEIU established its “Healthcare arm,” which according to the group, is the largest healthcare union in the country with 1.1 million members.

Congresswoman Debbie Wasserman Schultz, who receives tens of thousands of dollars from the SEIU and its members, also took issue (of course)with Governor Scott, accusing him and other Republicans of ‘obstructing’ the healthcare law’s implementation.

Just a few year back, it was learned through a lawsuit filed against the SEIU that a ‘intimidation manual‘ existed,and being pressed upon its members.

“Union members sometimes must act in the tradition of Dr. Martin Luther King and Mohatma [sic] Gandhi and disobey laws which are used to enforce injustice against working people-SEIU manual

Considering the SEIU’s past history of voter intimidation, and their “intimidation manual,’ it is highly likely that SEIU members will be forced to use “just” and  “humane,” not to mention, ‘persuasive’ techniques to further their Obamacare enrollment efforts.