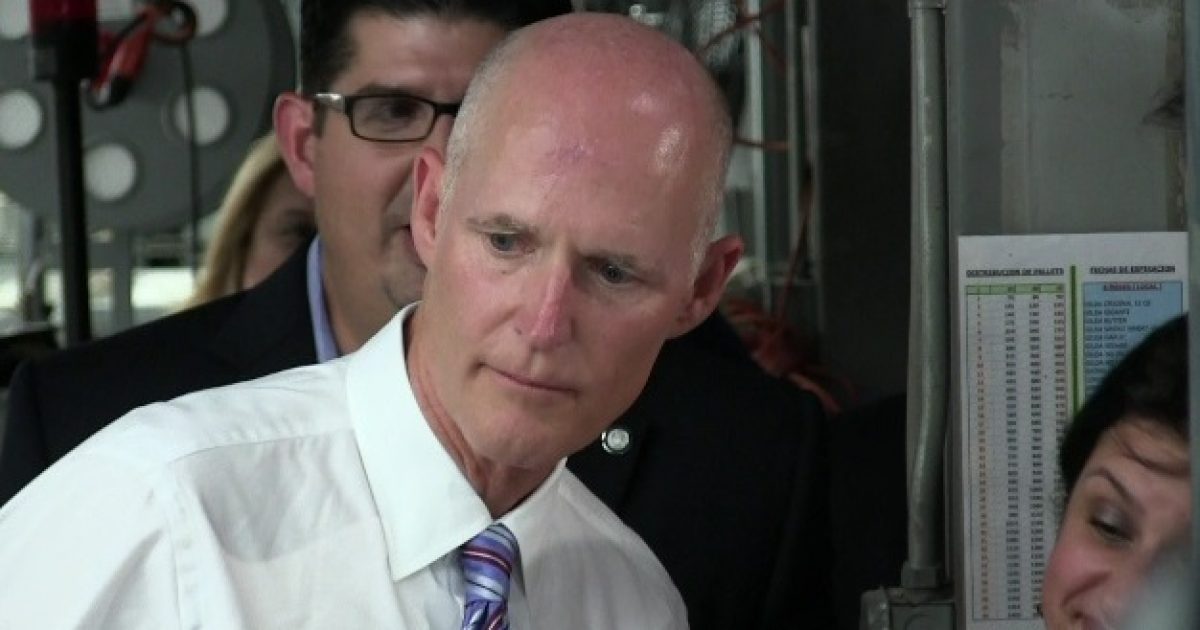 Rick Scott Supports Common Core, But Not Its Data Mining

Florida Governor Rick Scott was in Hialeah, Florida, visiting Gilda Industries to promote his ongoing jobs-creation agenda. After taking a tour of the 50-year-old local cracker producing company, Scott, who was flanked by State Senator Rene Garcia (R) and State Representative Manny Diaz (R), awarded the owners of Gilda with his Business Ambassador award, before taking questions from reporters.

The final  question posed to Scott was that of his support of Common Core. Scott has openly supported and campaigned for the higher education  standards, which has lead to many  grassroots  activists, who supported his 2010 gubernatorial campaign, to take pause with his decision to push through higher education standards.

While Scott, Jeb Bush and others, support Common Core, U.S. Senator Marco Rubio, who spent time with Scott earlier in the week, is completely against  nationalized education standards, or Common Core. (Source)

Scott stated that Floridians “should be proud of our K-12 educational system,” adding that “4th graders are number two in the world in reading,” and that “4th and 8th graders have the highest achievement rates than anywhere else in the country.”

In addition, Scott said that Florida has the “highest graduation rate for Hispanic students in the country” and that statewide, teachers, administrator and superintendents, “all agree with (education) measurement,” and “that the educational system and testing is tied to critical thinking and problem-solving.”

But when asked him he supported the data mining aspect of Common Core, Scott answered ‘no’ to the question.