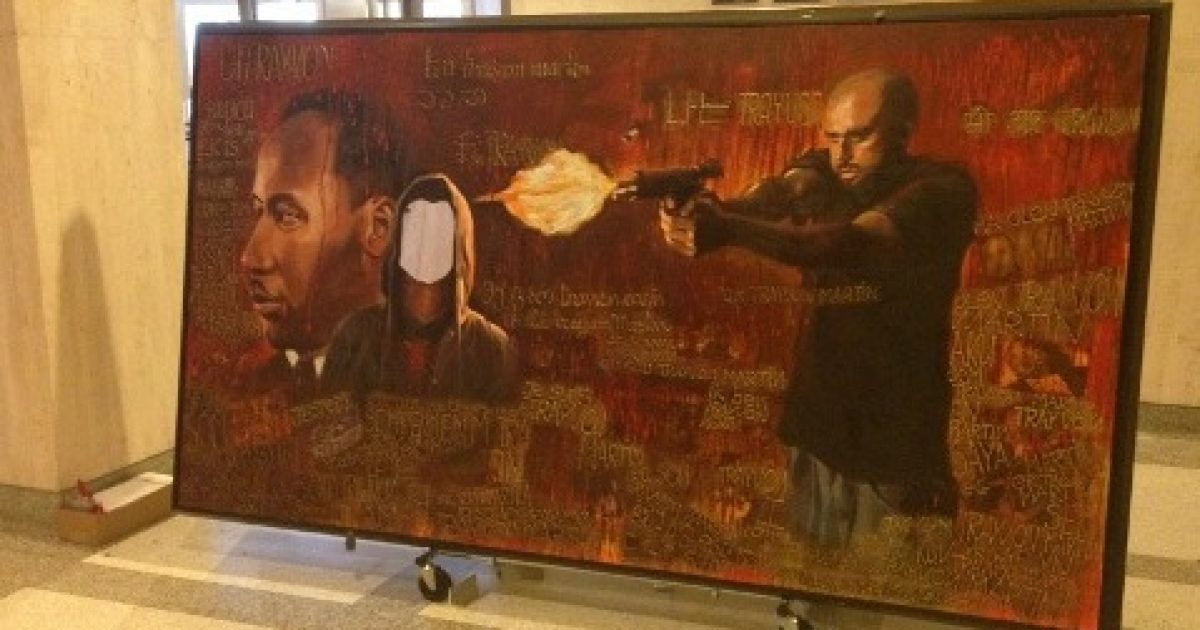 The “Dream Defenders,”  have been protesting in Florida’s Capitol since July, in hopes that Governor Rick Scott will, as the “Dream Defender’s” website states ,”convene the legislature to enact the Trayvon’s law to repeal stand your ground, ban racial profiling, and end the school-to-prison pipeline, have just now received a boost of moral support in their sit-in efforts.”

Florida’s ABC affiliate, WFTS, reported that a Miami artiest has joined the protesters, and has brought with him a mural he painted, which depicts a bald man firing a gun at a young black man wearing grey “hoodie.” The mural is an obvious depiction of George Zimmerman shooting at Trayvon Martin. Look at the tasteless mural for yourselves.

Floridian’s outrage by this mural are probably wondering when  the mural of the three black “children” assaulting a young white boy on a bus last week in Pinellas Park, Florida, will be painted.

Or the possible  painting of a mural of the two black teens in Georgia, who shot a one-year old baby in the face, killing it instantly?