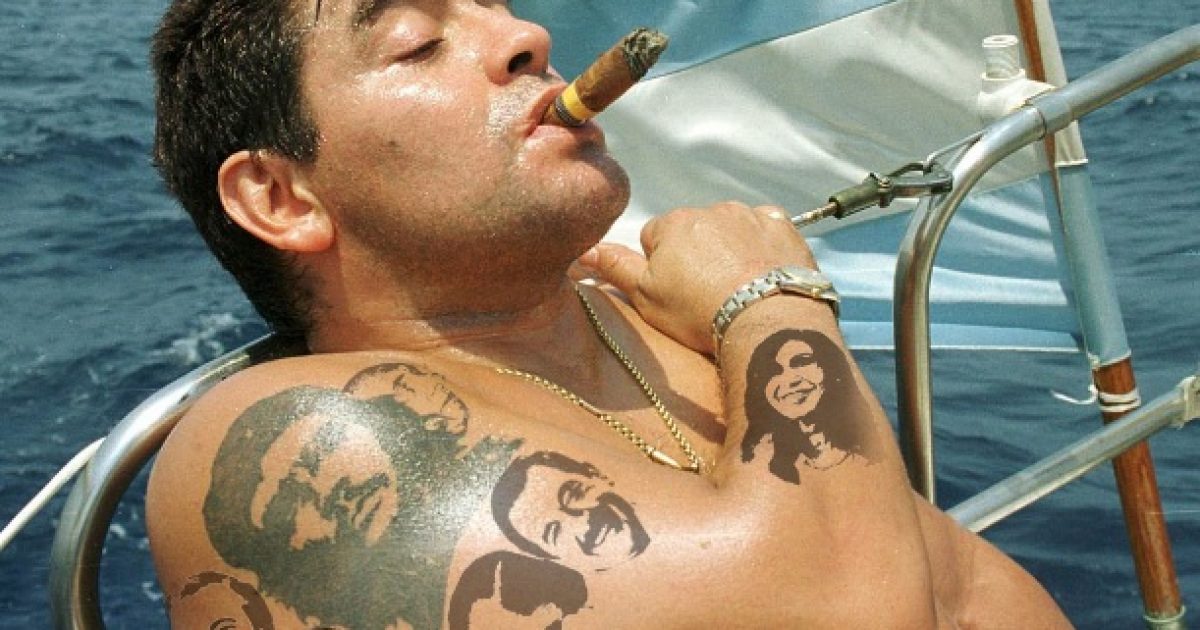 Diego Armando Maradona, the Argentinean who is arguably one of the greatest Futbol players in history, is being denied a tourist visa to visit Disney World in Orlando, Florida. Maradona wanted to bring his family to the ‘Magic Kingdom’ but according to the British newspaper The Sun, U.S. officials are denying it because of “political” reasons.

Maradona is no friend of the U.S.

Not only was he a self-proclaimed “Chavista” — he also has a tattoo of Castro, another of Che Guevara and is a public supporter of Iranian president Mahmoud Ahmadinejad.

He protested against former President George W. Bush and has spoken out against America’s encroaching imperialism.-Fox Latino

The Sun’s source of the story said that Maradona and his family, including his 22-year-old girlfriend, were really looking forward to the trip to Disney World.