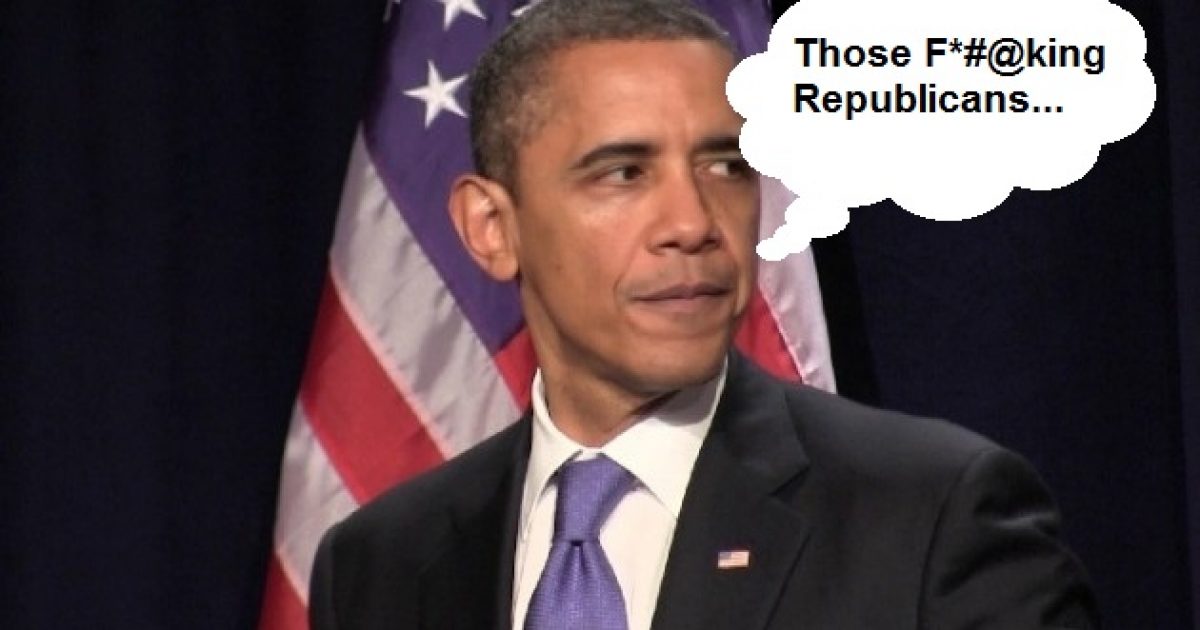 The Republican-led U.S. House of Representatives’ passage of two bills that would delay the implementation of both the business and individual health insurance mandates.

Republicans rightly believe that President Obama must completely delay the entire law, and not just pick and choose certain aspects of it.

“I don’t think that the President has the authority, nor should he give businesses a pass while still imposing this expensive mandate on individual Americans and fining them for not signing up for government-approved health care.”-Rep. Bill Posey

“Not only did President Obama violate his own health care law when he announced that he will be giving businesses a temporary break from the job-killing employer mandate, but he left hardworking families out in the cold.  Businesses aren’t the only ones who are suffering under the president’s ‘train wreck.’  It is only fair to give the millions of Americans who could lose their health care coverage and get hit with rising costs a break as well.

“Without knowing what insurance options will be available to them or how much they will cost, Americans need more time to navigate the complexities of ObamaCare before getting hit with fines on January 1.  With just a few months left before families are subjected to fines, the House took steps to buy them time and delay both the employer and individual mandates.  These interim steps are crucial to our efforts to fully repeal this job-killing and disastrous law.”-Rep. Shelley Moore Capito

“By delaying his own employer mandate, the President finally acknowledged what the American people knew all along: Obamacare doesn’t work.  If a delay in this crippling mandate is good enough for our job creators, it’s good enough for hardworking families, too.

“The House acted in a bipartisan fashion today to provide temporary relief to all Americans, but much work remains.  Doctors who live by a Hippocratic Oath to ‘first, do no harm’ understand that the only remedy to the harm caused by Obamacare is a complete repeal.  That’s why I remain committed to replacing the healthcare law with affordable solutions that empower patients and their doctors.”-Rep.Steve Southerland

“I agree with what President Obama has conceded: the employer mandate in Obamacare is unworkable and will cost workers in Florida and across the country jobs and wages. For the sake of American jobs, the employer mandate needs not just to be delayed but ultimately repealed in full.

“As a matter of basic fairness, if the President is willing to give businesses a break from the high costs and bureaucratic nightmare of Obamacare, he should extend that same courtesy to the millions of hardworking Americans who won’t be able to comply with this train wreck of a law.” –Rep. Tom Rooney

“It is not fair that the president is choosing to protect big business from ObamaCare, but not hardworking American taxpayers,” Rep. Marsha Blackburn, R-TennDemocratic legislators and Unions are finally coming to the realization that this job-killing Obamacare law will not work. By only delaying the business mandate of the bill yet not extending the same courtesy to the American people, President Obama has once again placed the interests of Big Labor over those of whom he purports to champion and has again incurred in the same lawlessness that leads him to suspend or ignore legislation that is not convenient to his political agenda.”-Jorge Bonilla, Congressional candidate

This (Obamacare) is a disaster, no matter how  you feel about it, its a disaster. It cannot be implemented in time. Why would we fund a disaster? Why would we pay for something out of the American taxpayers wallet that we know is not going to work? Rubio added, Obamacare threatens to shut down our economy…we should not fund, we should not have a temp budget around here that will give money to this thing, because its a disaster and won’t work, its going to hurt people-Senator Marco Rubio