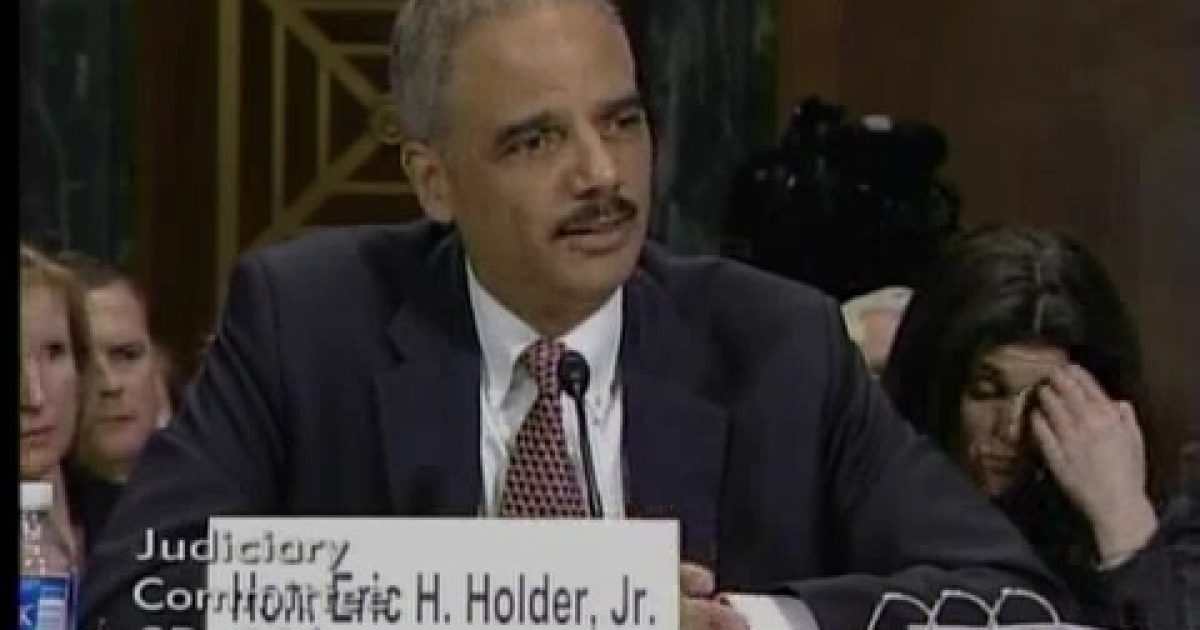 Attorney General Eric Holder spoke at the national convention of the NAACP in Orlando, Florida, and as expecting, subtly pulled the race card, and denounced Florida’s ‘Stand Your Ground’ law.

The Attorney General first spoke about how his father had a talk with him about “how he should interact with police and how to act if he was stopped” by police. Adding that he had to have the same conversation with his 15 year-old son to “make him aware of a world he must still confront” after the Trayvon Martin murder case.

Holder told the story about how he was stopped by police in the Georgetown section of Washington, D.C.,  insinuating that the police stopped him because he was black, even though he was a federal prosecutor at the time they stopped him.

How were the police supposed to know he was a federal prosecutor before they confronted him?


Today. Starting here, and starting now, its time to commit ourselves to a respectful, responsible dialogue about the issues of justice and equality, so we can meet divisions and confusions with understanding and compassion-and ultimately with truth, however hard that is. Its time to strengthen our collective resolve to combat gun violence, but also time to combat violence involving or directed toward our children, so that we can prevent future tragedies.- Eric Holder

We must confront the underlying attitude, the mistaken beliefs, and the unfortunate stereotypes that serve too often as the basis for police action and private judgments

Its time to question laws that senseless expand the concept of self defense and sow dangerous (inaudible)  in our neighborhoods. these laws try to fix something that was never broken.