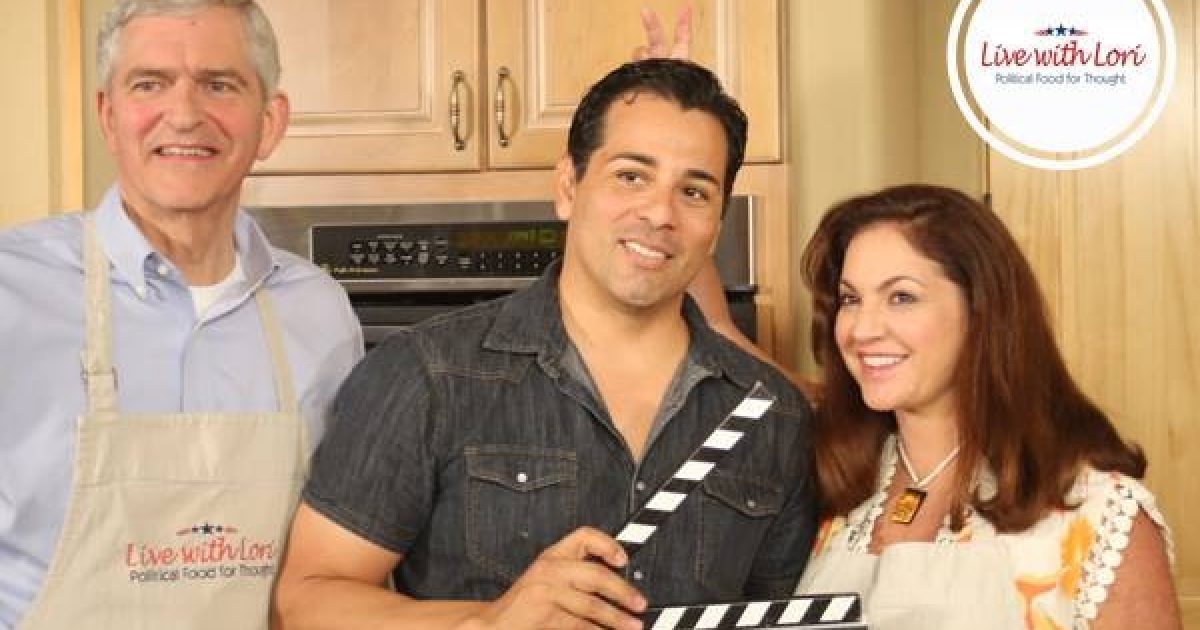 Politicians Stirring Up the Political Pot

For most of us who live and breath politics, its nice to sometimes  take a break from it all, and not discuss what Congress is doing, what Rubio has done, or what Obama has screwed up.

This past week I traveled to the Melbourne, Florida area to attend the taping of the ‘Live with Lori’ political cooking show with special guest Congressman Daniel Webster (R). The show host, Lori Halbert, brings on both Republican and Democratic from both  the U.S. Congress and the Florida Legislature, to discuss politics, all while cooking up her own recipes.

As you can see in the picture above, the show setting is very light and jesting, which helps with any nervous guests.

Who wouldn’t be a bit nervous or uptight, especially the guys, since they have to wear an apron and hope that they don’t royally screw  up by burn something, or forgetting how to boil water.

But Webster, who is the father of six homeschooled kids, and a slew of grandchildren, donned the “Live with Lori” apron like a champ, and jumped right into the pot, so to speak.

Actually, I have to tell you, Webster seemed a bit nervous, but loosened up after Lori ‘stirred it up’ a bit on set. At one point, I was taking bets on whether or not Webster was going to let the butter burn that was melting in the pan he was stirring.

There were moments where he would talk, but not stir.

It would have made for great TV, if he would have let the butter burn. But don’t tell that to Webster’s Deputy Chief of Staff Elizabeth, who like most staffers, seemed to be on pins and needles, as she looked out for her boss.

The show featuring Webster will not air until later this year on Sun Sports, but you can go to the website to watch last season’s episodes here.