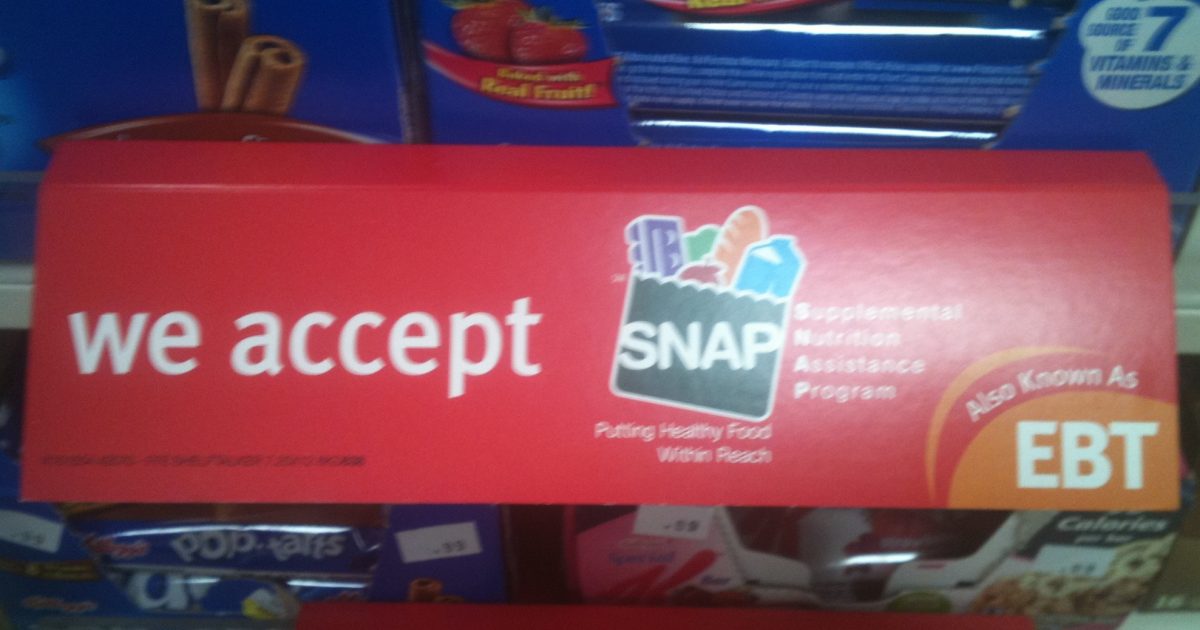 One Nation Under God, With Liberty and Food Stamps for All

After their Farm Bill failed to pass in the House of Representatives last month, House Republicans have now introduced another Farm bill for debate, but this time they dropped the $80 billion food stamp program that was nestled in the previous bill.

The GOP is looking to slash the growing national food stamp program, which has more than doubled since Obama came into office, while the big government, entitlement Democrats want to expand the welfare program.

The Obama administration has stated that the President would veto the bill if the House sends it over for his signature. But to Republicans, and most Americans, this move by Obama would be expected, considering that he is the “Food Stamp” President, and has campaigned on expanding entitlement programs like S.N.A.P and EBT.

The food stamp program “is a cornerstone of our nation’s food assistance safety net, and should not be left behind as the rest of the Farm Bill advances.”-White House

So far, the Republicans in the House  are split about whether or not to support this bill, but it seems as if they will get the votes needed to support the legislation.


Shortly after the initial Farm bill failed, Congressman Mick Mulvaney said that because only 20% of the original Farm bill would aid Agriculture, the rest going to entitlements, Republicans tried to appease Pelosi and friends by offering up an amendment to change the change the name of the Farm bill to “The Food Stamp Bill.”

Besides stating that her husbands sequester would cut food stamps, what does Michelle Obama think about this?