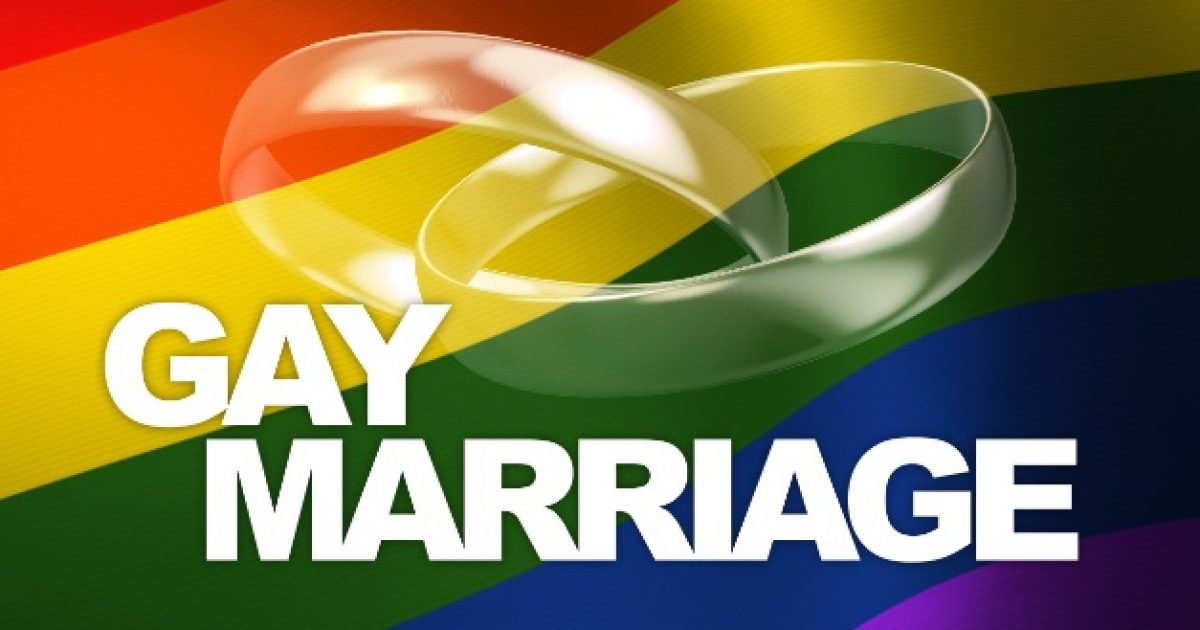 Bachmann: “Marriage was created by the hand of God”, Gays are um… ‘Gay’ About Supreme Court Decision

The U.S. Supreme Court has just struck down the Defense of Marriage Act (DOMA) as “unconstitutional,” violating the 5th Amendment.As expected, the vote came split down the ideological line, making Justice Kennedy the swing vote that gave same-sex couples eligibility for federal benefits.

The U.S. House of Representatives, which is voted into office by Americans to represent their best interests, has voted to defend DOMA, but now neither the Congress’ vote or the ‘peoples’ has been rendered baseless by the high court. In other words, your vote doesn’t matter.

Justice Scalia dissented by saying that this ruling by the court took away the peoples right to decide if they marriage should be between one man and one woman.

Now the court has ruled to vacate the 9th Circuit Court’s decision on California’s controversial Prop 8, making the same-sex lawful in California, even when Californians voted in favor of Proposition 8.

The Defense of Marriage Act, signed into law in 1996, restricted access to federal marriage benefits and interstate marriage recognition to heterosexual couples. In 2011, President Barack Obama instructed his Department of Justice to stop defending the law after its constitutionality was challenged in the Second Circuit Appeals Court.

DOMA’s Section 3, which restricts same-sex couples’ access to shared public employee benefits, estate taxes, and ability to file for bankruptcy, has previously been found unconstitutional in eight federal courts including the First and Second Circuit Courts of Appeal.

In March, President Bill Clinton said he regretted signing that law ahead of his bid for reelection. He urged the Supreme Court to overturn the law which he called “discriminatory.”-Mediate

Rep. Michele Bachmann put out his statement regarding the court’s DOMA ruling-

“Marriage was created by the hand of God. No man, not even a Supreme Court, can undo what a holy God has instituted.

“For thousands of years of recorded human history, no society has defended the legal standard of marriage as anything other than between man and woman. Only since 2000 have we seen a redefinition of this foundational unit of society in various nations.

“Today, the U.S. Supreme Court decided to join the trend, despite the clear will of the people’s representatives through DOMA.

Expect to see the feather boa brigade jubilantly jumping up and down, now that their same-sex marriage initiative, which the majority of Americans have rejected at the ballot box, has been legitimized by an activist court.

Also, expect to now see  lawsuits filed against religious institutions who refuse to perform same-sex marriages. This is only the beginning…