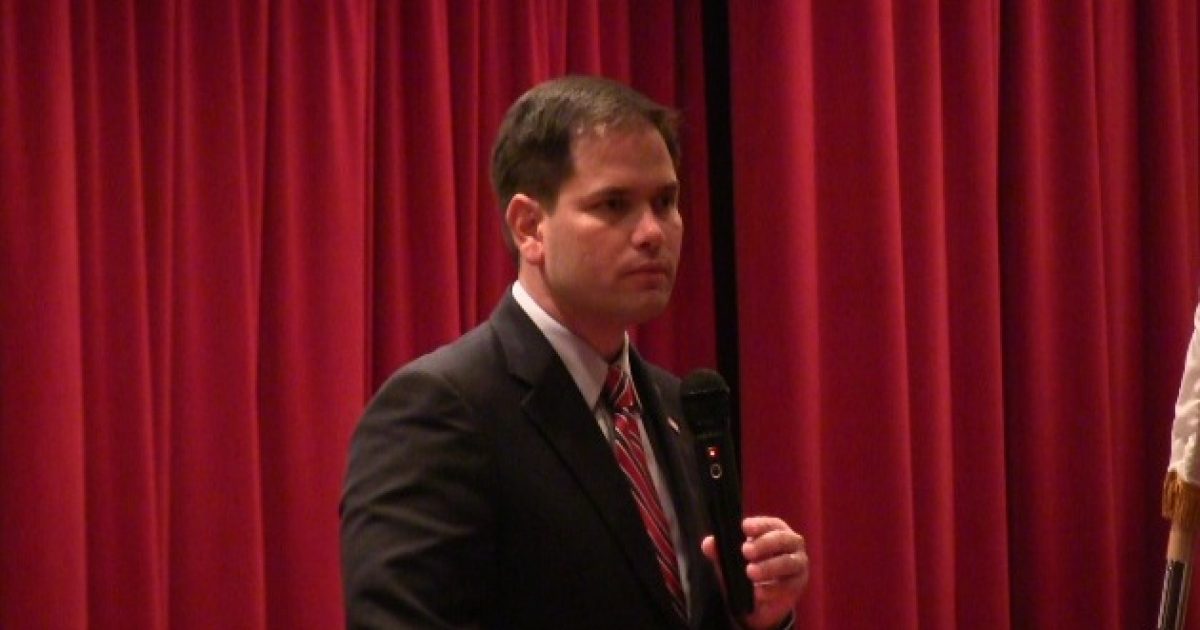 With the “Gang of Eight” immigration reform bill up for mark-up in the U.S. Senate, Florida Senator Marco Rubio will be introducing his own amendment to the bill, that would mandate all “registered provisional immigrants” to be proficient in English before they can receive permanent residency.

Rubio says that under the existing immigration law, only those seeking citizenship must be proficient in English, not those who are seeking permanent residency.

“On the day we announced the principles that would shape the immigration bill, we made it clear that English proficiency would now be required for permanent residency for the first time in American history,” said Rubio. “This amendment ensures that will be the case.

“Since the bill was introduced two months ago, the open and transparent process it has undergone has elicited constructive criticisms to improve it,” added Rubio.” This is one of the bill’s shortcomings that came to light, which we can now fix.”

No kidding. Rubio’s immigration reform bill has been getting hit from all directions, especially from his conservative base, which Rubio had initially targeted for offering “constructive criticism” and pushing back  against the bill. Rubio’s questionable “Myths vs. Facts” immigration communications campaign employed during the first couple of weeks after the bill was introduced, only served to insult his conservative base.

Here is what Rubio’s  Press shop released about the amendment-

The current version of S. 744 requires that “a registered provisional immigrant who is 16 years of age or older shall establish that he or she (i) meets the requirements set forth in section 312; or (ii) is satisfactorily pursuing a course of study, pursuant to standards established by the Secretary of Education, consultation with the Secretary, to achieve an understanding of English and knowledge and understanding of the history and Government of the United States, as described in section 312(a).”

Section 312 of the Immigration and Nationality Act stipulates that “(a) No person except as otherwise provided in this title shall hereafter be naturalized as a citizen of the United States upon his own application who cannot demonstrate – (1) an understanding of the English language, including an ability to read, write, and speak words in ordinary usage in the English language: Provided, That the requirements of this paragraph relating to ability to read and write shall be met if the applicant can read or write simple words and phrases to the end that a reasonable test of his literacy shall be made and that no extraordinary or unreasonable conditions shall be imposed upon the applicant; and (2) a knowledge and understanding of the fundamentals of the history, and of the principles and form of government, of the United States.”

The proposed Rubio amendment would strike provision “(ii)”, which stipulates that the English proficiency requirement can simply be met by being enrolled in a course.