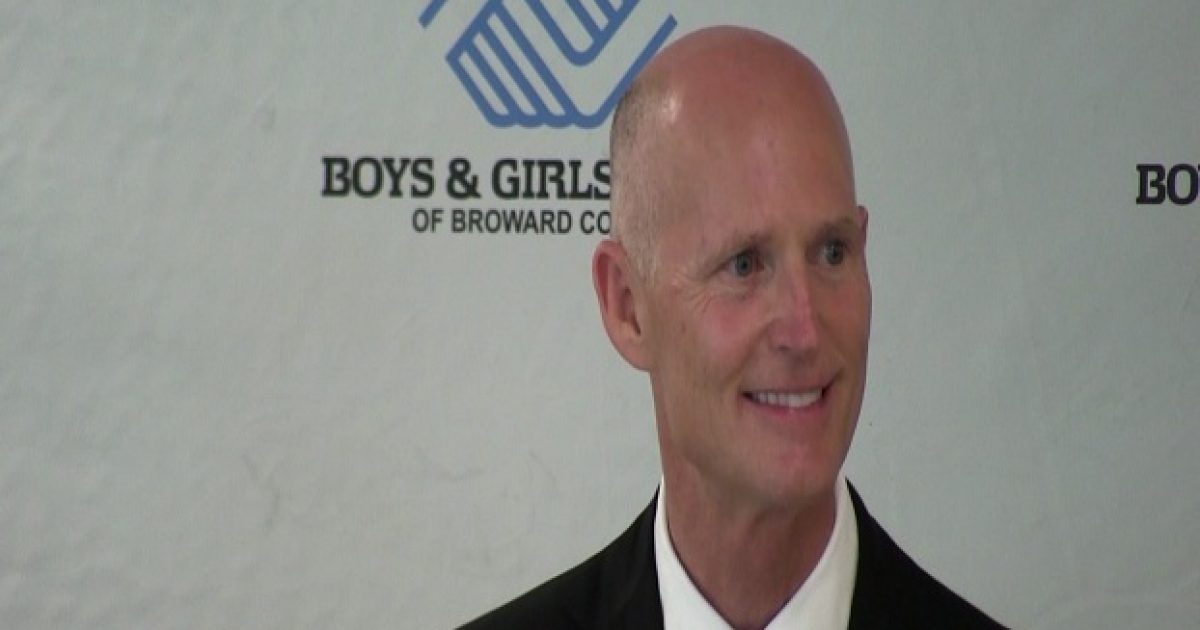 Florida Governor Rick Scott continues his trek across the state, pushing the accomplishments he and the Republican-led legislature made during the recently concluded legislative session.

Boys & Girls Clubs in Florida President and CEO Brian Quail, presented Scott with an official membership card to the clubs, which allows Scott to enter any of the clubs statewide and challenge the kids to a game of Foosball or checkers.

During his remarks to the attendees, which included Broward County Commissioner Chip LaMarca, State Senator Christopher Smith (D), House Representative Joseph Gibbons (D), and Wayne Huizenga,  Scott reminded everyone that he himself grew up very poor, and was product of club similar to the Boys & Girls Clubs where he grew up in Urbana, Illinois.

According to the Boys & Girls Club, members are more likely to graduate from High School, and “less likely to engage in risky behavior resulting in juvenile arrest, teenage motherhood, or substance abuse.” In addition, parents of club members are able to work longer and be more productive, because they do not have to worry about supervising their children after school hours.

“Many parents are able to work or pursue further education as a result of services provided by the Clubs.”-Boys & Girls Clubs